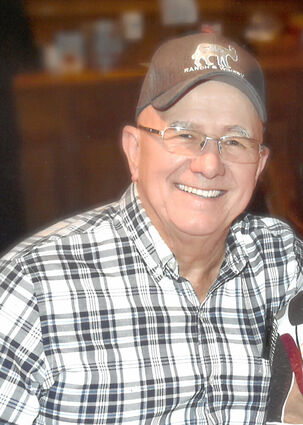 Thomas Gayland Malone entered the gates of Heaven, from his home, surrounded by family on November 13, 2022, at the age of 76, after a five-month battle with glioblastoma cancer.

Thomas was born to Prentice and Tommye Lee Reed Malone on November 4, 1946. After graduating from Vinton High School in 1965, he was drafted into the Army in 1966. After being discharged from the Army, he worked for Lanxess for 38 years until his retirement in 2005. After retirement he enjoyed traveling and spending time with friends and family. Thomas was a longtime member of the VFW and the American Legion in Vinton.

Thomas dedicated his life to serving God. He was blessed with carpentry, mechanical, and electrical skills; he was our “jack of all trades.” He absolutely loved helping people whether it was a neighbor down the road or a church in the Bahamas destroyed by a hurricane. He had a true servant’s heart.

Thomas was preceded in death by his parents, Prentice and Tommye Lee Reed Malone; his sister, Gwen Nell Hibbard; one grandchild; and one great-grandchild.

In lieu of flowers, you can donate to Fisher House III, 2022 Holcombe Boulevard, Houston, Texas 77030.