Bears lose to Kilgore in Bi-District 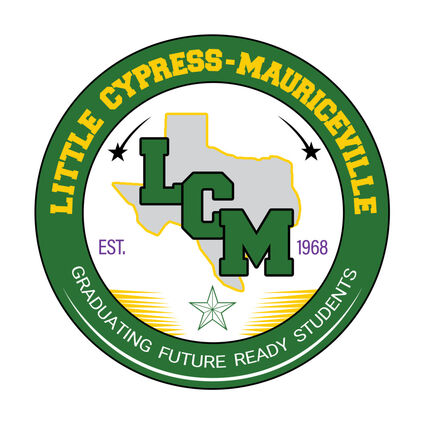 For two quarters the bi-district playoff game between the Little Cypress-Mauriceville Bears and the Kilgore Bulldogs on Friday night was a tossup with only one point separating the two teams. The second half was dominated by the Bulldogs, and they won 28-6 over the Bears at Abe Martin Stadium in Lufkin.

Little Cypress-Mauriceville took the opening kickoff and mounted a good sustained drive that took over six and a half minutes off the clock. The Bears opened with an end around using Elijah Allison to pickup 8 yards on their first play.

Then it became the Da’Marion Morris show as he handled the ball on five of the next six plays either running or receiving a pass totaling 28 yards. A personal foul penalty on Kilgore for roughing Bear quarterback Dean Reynolds after a pass gave LCM a first down at the Bulldogs’ 29 yard line.

The Bears’ second procedure penalty of the drive cost them dearly. Runs by Morris and Allison gained six yards back before Reynolds completed a pass to Jacob Pollock for five yards setting up a fourth-and-four. Reynolds’ next pass fell incomplete ending the march.

It was time for the Bulldogs to flash their phenomenal running back Isaiah Ross. Five carries by Ross gained 73 yards which included a 31-yard run followed by a 19-yard dash for a touchdown. Leo Yzaguirre added the point after to give Kilgore a 7-0 lead with 2:41 left in the first quarter.

Both teams punted on their next possessions, and Little Cypress-Mauriceville took the ball after the Kilgore punt at its own 19. Morris earned a first down with a 16-yard run, and Reynolds connected with Pollock for 15 yards to move the ball to the fifty.

LCM tried a little trickery with a fake reverse on which flanker Kyler Garlaska took the ball and then threw a pass which was incomplete. Reynolds and Pollock teamed up again for an 11-yard completion to the Kilgore 38.

The Bears went back to the very play that was an incompletion two plays earlier, and Garlaska found Morris with his pass for a 35-yard gain to the three. Morris carried twice finding the end zone from the two for the score. The point-after was blocked by the Bulldogs keeping them in the lead 7-6 with 2:57 remaining before halftime.

The defense rose up for LCM on the next Kilgore possession as first Jarvis Riley blocked a screen pass and then Amier Washington sacked Bulldog quarterback Da’Marion Van Zandt forcing a punting situation. The snap from the Kilgore center appeared to hit one of the blockers in front of punter Yzaguirre causing the ball to deflect to one side. Yzaguirre recovered the ball but was tackled at the ten giving the Bears a first-and-goal at that point with just over two minutes left in the first half.

On first down a screen pass to Allison lost two yards. The Bears almost converted the next play into six points as Reynolds passed to Pollock in the end zone but a Bulldog defender slapped the ball out of the receiver’s hands for an incompletion. On third down Zaylon Stocker of Kilgore intercepted a pass from Reynolds to stymie Little Cypress-Mauriceville’s great opportunity to take the lead.

The second half saw the Bulldogs take control of the game. They actually scored on the second play of the third quarter on a 59-yard run by Ross but a holding penalty wiped out the play and Kilgore punted.

After the Bears punted the ball back the Bulldogs danced some more with the guy that had put them on the board earlier. Ross ran the ball six times and caught a pass from Van Zandt to help move Kilgore from its 25 to the Bears’ 38. Ross broke loose from there for the touchdown with 5:04 left in the third quarter.

Next Kilgore possession was more of the same as Ross did share some carries with Roosevelt Rollins. Ross scored his third touchdown of the game from 21 yards a little over two minutes into the fourth quarter.

An interception by Bulldog lineman Peyton Christian set up the last Kilgore score. Rollins got the touchdown on an 11-yard run to bring the final score to 28-6.

Morris of the Bears had an outstanding game in the losing effort. He gained 130 yards on 23 carries and added 40 yards with two pass receptions.

Pollock caught 4 passes for 38 yards, and Garlaska snared 2 aerials for 39 yards while completing one of his two passes for 35 yards. Reynolds was 8 of 24 passing for 80 yards with 3 interceptions.

The Bulldogs’ Ross picked up 207 yards on the ground and caught 3 passes for another 16 yards on the night. Van Zandt completed 11 of 18 passes for 75 yards and no interceptions.

Little Cypress-Mauriceville (6-5, 3-2) sees its season come to an end earlier than last year when the Bears made it to the regional finals. Kilgore (8-3, 5-1) will play El Campo in the Area Round of the UIL state football playoffs.