NFL already in second half with several surprises 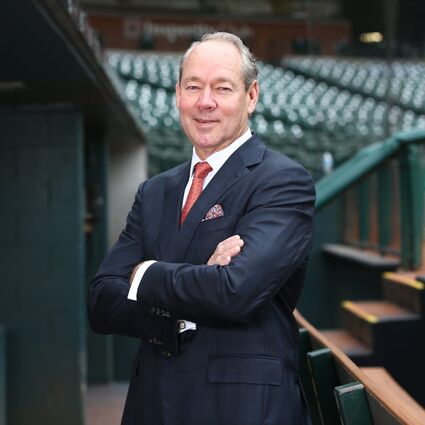 A few of the playoff-bound teams hit a mental stumbling block in last weekend's games while others are showing signs of dramatic improvement during the first half of the 2022 National Football League schedule.

The two Texas franchises appear to be headed in opposite directions as predicted by the Preseason Prognosticators, although the Dallas Cowboys have won only two of their last four games.

The Houston Texans, on the other hand, would have loved to win two of their last four games. The have managed to post only one victory in their past five contests, beating their usual victim-the Jacksonville Jaguars 12-6--and holding them defensively to only two field goals.

But that was five weeks ago as they have dropped four-straight with only one opponent-the once defeated Philadelphia Eagles-winning by double digits.

Both the Texans and the Cowboys seem to have plenty of difficulty stopping the run and they've both paid the price with losses that could have been reversed with some rushing defense.

They both had a chance to win Sunday if they could've stopped the run. Houston lost to the New York Giants 24-16 while the Cowboys gave one away at Green Bay to the Packers 31-28 in overtime.

It was a homecoming of sorts for Cowboys head coach Mike McCarthy who had been let go by the Packers after coaching in Lambeau Stadium for more than a decade. He guided them to their last Super Bowl title after the 2010 season and posted a 125-77-2 record before getting fired in 2018.

Green Bay was trying to end a horrible five-game losing streak and McCarthy must have felt sorry for the Packers, because some of his decisions in the second half Sunday were really sorry and helped Green Bay's cause.

Of course, the Packers' fans that overflowed Lambeau believed they were seeing the same thing they have watched for nearly two decades-quarterback Aaron Rodgers leading his team to another late come-from-behind victory-which he did with much assistance from bad decisions from McCarthy and Cowboys quarterback Dak Prescott.

Dallas had a very comfortable 28-14 lead in the fourth quarter but Prescott threw one of his two interceptions that led to a Green Bay touchdown and then tried to run when he should have passed and overthrew several of his targets in the waning minutes of regulation and again in the overtime period.

After the Cowboys failed to get a first down and punted the football away, the aging Rodgers wasted little time finding open receivers and hit wideout Christian Watson for the rookie's third touchdown catch of the game to tie the score at 28-28 with 2 ½ minutes left in regulation.

It was the first time in franchise history that the Dallas Cowboys blew a 14-point lead heading into the fourth period, according to the Associated Press, which added they entered Sunday with a 195-0 record in such games, including playoffs.

In overtime, the Cowboys drove into Packer territory and on a fourth-and-four McCarthy decided to not try a 50-yard field goal but instead went for the first down. Dak didn't take long to try and run for the first down, but was caught from behind before he could even get started.

Rodgers worked his usual brilliance in these situations, completed a couple of passes and turned it over to veteran kicker Mason Crosby who calmly split the uprights for a field goal from 28 yards out to snap the Packers lengthy losing streak and start one for the Cowboys.

Houston didn't do any better in New Jersey as the Texans kicked short field goals twice when trailing the Giants by 11 points and then were unsuccessful on both on-side kicking attempts. The eight-point differential (24-16) made the final score look closer than the game really was.

KWICKIES...I really don't believe Idiot Owner Jerry Jones is getting a fair return for his investment in quarterback Dak Prescott and his fat multi-year contract. It's a shame when the backup posts better numbers than the starter. Since signing his hefty contract, I don't believe Prescott is anywhere near as effective than when he was scrambling for his rookie contract money.

When No. 17 Tulane lost to No. 22 Central Florida 38-31 Saturday, it marked the first time that Tulane was ranked and played another ranked team since its 1949 game against LSU.

And speaking of LSU, in their narrow 13-10 victory over Arkansas Saturday, we got to see their freshman sensation Harold Perkins, Jr. dominate the game. The young linebacker had four sacks-which ties an LSU single-game record-- and two forced fumbles while being fast enough to be all over the field. We'll see him playing on Sunday in the not-too-distant future.

The Miami Marlins made history last weekend by announcing it had hired Caroline O'Connor as team president after naming her as the team's general manager in 2020/ The Marlins became the first U.S. major sports franchise to have a woman general manager and then later president.

The Associated Press Top 25 College Football Poll looks the same in the first five places-- 1. Georgia 2. Ohio State 3. Michigan 4. TCU 5. Tennessee-while No. 6 LSU and No. 7 Southern Cal each moved up one spot, 8. Alabama and 9. Clemson each jumped up two notches and No. 10 Utah each came up three places.

It looks like the Texas Aggies will be spending the Christmas holidays at home watching all the bowl games they weren't eligible for with their 3-7 (1-5 SEC) record. Texas A&M suffered its sixth straight defeat Saturday 13-10 at the hands of Auburn. I wonder if the same rich alums who voted to oust their winningest head football coach R.C. Slocum are still around!!! Maybe a win Saturday over lowly UMass will save his job.

JUST BETWEEN US...It looks to me like Houston Astros owner Jim Crane is going to make sure his world championship team has only one way to go this coming season and that is down. He fired his general manager and assistant GM Friday after not extending James Click's contract after it expired at the end of the 2022 season six days after winning the World Series. Saturday's Houston Chronicle in a Page One article stated, "In a three-year tenure marred by tumult he did not create and carried by a core of players he inherited from predecessors, Click sustained the Astros' golden era but could not coexist with an owner who demanded more. Click oversaw three American League Championship Series appearances, two American League pennants and, this year, the Astros' second World Series title in franchise history." And now with some 180 free agents all wanting to play on a team capable of winning the World Series, the Astros have nobody who can sign or even evaluate these free agents. I think Jim Crane ought to sell the Astros to someone who cares about more than just the almighty bottom line.