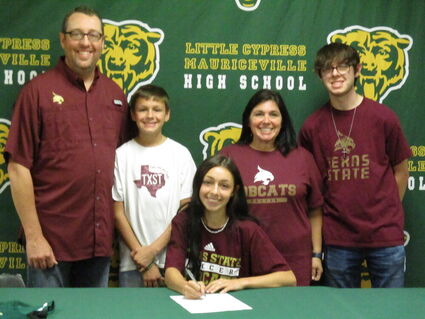 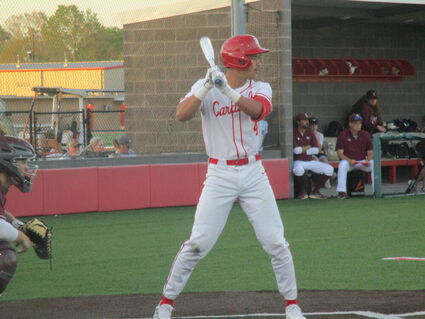 Annabelle Fisher of Little Cypress-Mauriceville signed to play soccer at Texas State University. Fisher was the 2022 All-District Co-MVP, 2022 TASCO 2nd Team All-Region, 2022 Team MVP, and 2021 All-District Offensive Player of the Year. In addition to soccer Annabelle has been a member of the Lady Bears basketball team and an outstanding runner in track including cross-country. She is a member of the National Honor Society.

Orangefield's Jason Bodin signed to play baseball with Texas A&M University upon his graduation. Bodin was a leader for the Bobcats baseball team the last two seasons and should be a top player in the spring. Jason has been good with the bat and a key pitcher for the Bobcats. He is expected to be the number one starter for Orangefield this his senior year.

At Bridge City Braylen Collins signed to play baseball at the University of Houston after he graduates. Collins has been a starter on the Bridge City Cardinals baseball team the last two years and should a leader again this coming season in the spring. Braylen is a pitcher and plays first base.