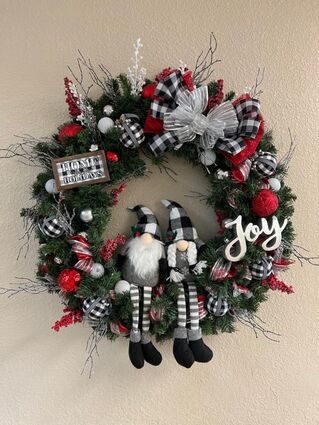 The halls have already been decked with wreaths around Bridge City as the Chamber of Commerce helps spread the Christmas season spirit.

The Chamber is sponsoring a wreath silent auction to raise money for scholarships. The wreaths are on display at Bridge City City Hall and businesses around town. Also, the Chamber is sponsoring its Second Annual Christmas in the Park on Friday, December 2, and Saturday, December 3. Then on the night of December 3, the annual lighted Christmas parade will travel down West Roundbunch Road.

Wreaths of all colors, styles, and designs are now up for auction. The wreaths have been created by businesses, groups, and individuals to help raise money for scholarships. The Chamber will use the money raised from the silent auction to award two 2023 graduating seniors from Bridge City High and two from Orangefield High.

Christmas in the Park will be held in the park at 150 Parkside Drive off West Roundbunch Road. Vendor applications are still available through the Chamber, though the office is closed the week of Thanksgiving and will open on Monday, November 28.

On Friday, December 2, from 5 to 9 p.m. Christmas in the Park will feature the annual "Reverse Santa." Kids of all ages may bring a toy donation in exchange to sit with Santa Claus for a photograph and to give wish lists. Toys will be given to the Bridge City-Orangefield Ministerial Alliance to give to children who otherwise would not have gifts.

Christmas in the Park festivities will continue on Saturday, December 3, from 8 a.m. to 3 p.m. The event will end in time for people to get ready for the lighted Christmas parade.

The parade this year has the them "Super Hero." The parade will leave at 6 p.m. from First Baptist Church on West Roundbunch Road (FM 1442) and then travel to Bridge City Intermediate School, where it will end. 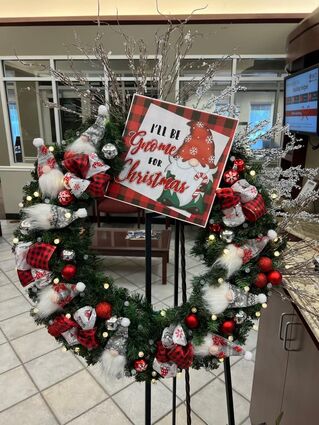 Entry deadline for the parade is 3 p.m. Monday, November 28, at the Chamber office, 150 West Roundbunch Road. The entry fee is a toy donation for each person riding in a float or a car, or participating with a marching or dancing group. The toys will go to the ministerial alliance.

And as if the holiday season wasn't enough, the Chamber is also planning its annual banquet for January 23. The Chamber is taking nominations for the Citizen of the Year and Business of the Year honors. The deadline for nominations is January 6. Nominations should be sealed in an envelope. They may be dropped off at the Chamber office or mailed to the Chamber, Attention: Nominating Committee, 150 West Roundbunch Road, Bridge City TX, 77611.