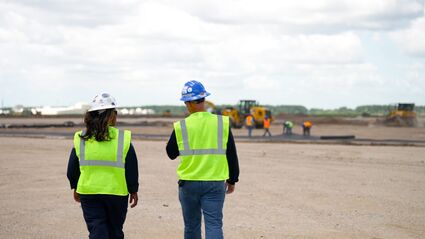 The official announcement Wednesday that Orange will be getting a new $8.5 billion petrochemical plant for plastics may be the biggest news since 1945, when DuPont announced its plant here.

"It's an economic impact we haven't seen in years," said Ida Schossow, president of the Greater Orange Area Chamber of Commerce.

Chevron Phillips QatarEntergy Wednesday morning made the official announcement of the new plant along State Highway 87 South between Orange and Bridge City. The project first became public in January 2019 when the company went before the West Orange-Cove school board.

The announcement was not a suprise to many people because the company had bought dozens of acres, cleared the acreage, installed drainage, put in pipelines, and had giant electrical lines installed at the site.

"We're just so fortunate and excited" about the official decision concerning the plant, Schossow said.

According to press releases, the company said the project is expected to bring 500 permanent jobs along with 3,500 construction jobs. The plant is to be online in 2026.

The project is a joint effort by Chevron Phillips and QatarEntergy, which is owned by the state Qatar, an Arab country along the Persian Gulf. Reuters news service, reports the plant will have a 51 percent control by Chevron Phillips with Qatar owning 49 percent. 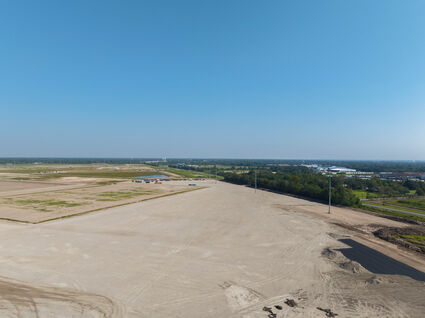 In a statement, His Excellency Mr. Saad Sherida Al-Kaabi, the Minister of State for Energy Affairs, the President and CEO of QatarEnergy said: "We are excited to announce taking the FID on our largest petrochemical investment ever, highlighting QatarEnergy's integrated position as a major player in the LNG and international exploration sectors, as well as being a global petrochemicals producer. This important project will complement QatarEnergy's growing portfolio, both internationally as well as in the United States, and will help meet growing global demand for polymers. It builds on our long-term and successful partnership with Chevron Phillips Chemical, and we look forward to further collaborations in the future."