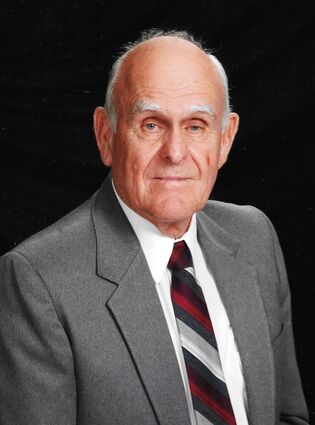 Harold Austin Scales, 90, of Bridge City, passed away on November 8, 2022, at Harbor Hospice in Beaumont. Funeral services will be 10:00 a.m. Saturday, November 19, 2022, at First Baptist Church in Bridge City. Officiating will be Reverend Keith Royal.

Harold was born on March 21, 1932, son of the late James Burlie Scales and Clarice Laxson Scales.

He graduated from Stark High School in 1949. He was married to Ruth Anderson Scales for 63 years working together to raise their family. They also loved vacationing and traveled to all 50 states. Harold was a US Army veteran of the Korean War era and honorably discharged at the rank of sergeant. Harold retired at the age of 56 from Firestone.

He was an active member in church service mainly on building and grounds where he used his skills as a “Jack of all trades”. He was also involved in several years of mission work in Mexico using his expert skills in carpentry work to help with building or repairing churches and pastoral homes. He was an avid outdoorsman spending time at the lake fishing or in the woods hunting. Harold was a very kind and true gentleman; he was a born teacher sharing his skills and knowledge with his children, grandchildren and many others throughout his life.

In lieu of flowers, contributions may be made to First Baptist Church of Bridge City, 200 W. Roundbunch Rd., Bridge City, Texas 77611 or to Texas Parks & Wildlife Foundation at https://tpwd.texas.gov/business/donations/.