Lady Bears to be a contender in basketball 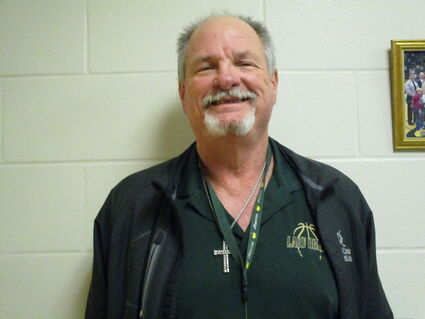 Another hopefully successful season is underway for the Little Cypress-Mauriceville Lady Bears basketball team. The Lady Bears are shooting to at least match their playoff run of last season.

Little Cypress-Mauriceville finished second place in district and then won two playoff games. The Lady Bears were defeated by Huffman in the third round of the state playoffs to end their season.

Coach Eddie Michalko indicated the Lady Bears really came together towards the end of the district schedule to play some quality basketball. "We had an infusion of some really good players at the end and the group I had up to that point was really starting to play pretty well for who they were. We really excelled at the end of the season. The girls played so hard I hated to see the season end," Michalko recalled.

Super sophomore Keylie Washburn returns for the Lady Bears. As a freshman Washburn pretty much did whatever Michalko needed her to do on the basketball floor.

Coming back are two seniors that will get a lot of playing time for the Lady Bears this year after sitting out last basketball season. Both Chrissy Joseph at center and Annabelle Fisher as a point guard played for Michalko a couple years ago. Michalko replied, "They haven't been on the court in a while but Chrissy's been in double figures the two games this year and she's just a beast on the boards. Belle has some of the quickest hands that I've seen. She's a motor out there."

Injuries kept senior Kenniya Champine off the court for much of last season for the Lady Bears. Coach Michalko said Champine is healthy now, is much improved, and with her size she should contribute to the team in rebounding and defense.

Freshman Eden Frenzel is already starting for the Lady Bears and plays with so much confidence Michalko is amazed she is just a freshman. Mallory Russell also a freshman has a good outside shot. "Mallory just has to have a little faith in herself. Once that happens she'll be a top scorer for LCM. She already does a lot of the little things as far as going to get the basketball," Michalko pointed out.

Defense is an emphasis for Michalko, and this group of Lady Bears is responding to that. Michalko stated, "They've really in a matter of a very short time started to play defense really well together and that sets up everything else for us."

In the early games Little Cypress-Mauriceville played Legacy and Port Neches-Groves. Washburn scored 20 points in the first game and 25 in the second game. Joseph chipped in with 11 points against Legacy and 11 against the Lady Indians.

Michalko was very pleased with the defensive effort from the Lady Bears. Michalko recapped, "We held PNG to like 13 points for the game and we held Legacy to in the twenties. The girls are playing hard. Even when they make a mistake you can just see it they get themselves regenerated and work so hard to get the ball back. It's been fun so far."

The Lady Bears play in a very competitive district. Michalko believes any team can beat any other team on any given night. "Sometimes we've struggled with Lumberton or Vidor when their record might not be as good as ours, and winning a close game or at least being pushed. Then you play teams like Silsbee which has everybody back from last year. They're the team to beat in our district," Michalko predicted.

LCM should figure in the mix of playoff contenders. Michalko analyzed, "I really believe as far as with the group I have is that we're just really getting started. If we can stay healthy, which is a big thing, we can really become a very good team."

Developing a little more scoring on offense is one area the Lady Bears need to improve to challenge for a district championship this season. "I have Keylie and Chrissy and once I get a little more consistency out of the other girls we really will be a very good team. Defensively, every time we step out there we're getting a little better, a little better, that's all going in the right direction. We're actually even doing a better job on the boards this year which killed us last year. This group one thing they do is they do get along. Attitude is everything. You walk into our locker room you can see it. When one of the girls is not out there they're pulling for their teammates that are out there and they are putting the team ahead of themselves. As a coach if I can get that and can get good leadership we can accomplish just about anything," Michalko concluded.

The next couple of weeks will include tournaments in Evadale and Deweyville for the Lady Bears. Little Cypress-Mauriceville will open the district schedule against the West Orange-Stark Lady Mustangs on Friday, December 9, at the Dr. Pauline Colburn Hargrove Gymnasium on the LCM high school campus.