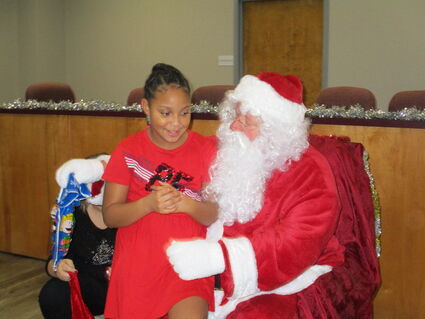 The annual pre-Christmas visit by Santa Claus to the City of West Orange was done on Monday night, December 5, at the City Hall. Santa took all the Christmas wishes from the numerous boys and girls who came to see him. 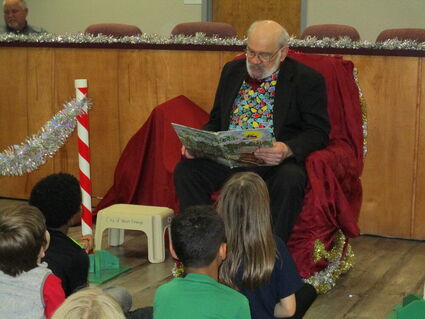 In anticipation of Santa's arrival West Orange Municipal Judge Carl Thibodeaux read "The Cajun Night Before Christmas" for everyone. This year there was even a video on two large screens to show the pictures from the book as Thibodeaux read.

Outside by the gazebo on the lawn of the City Hall the official Christmas tree's lights were turned on. The choir from the McDonald Memorial Baptist Church sang Christmas carols for the almost two hundred people attending to sing along with them. The last carol was "Here Comes Santa Claus" and Santa promptly arrived riding in a big West Orange fire truck.

While the kids were sharing their wish lists with Santa Claus holiday refreshments were served to everyone attending. Mayor Randy Branch said this was one of the largest group of people in several years to attend the annual event in West Orange.