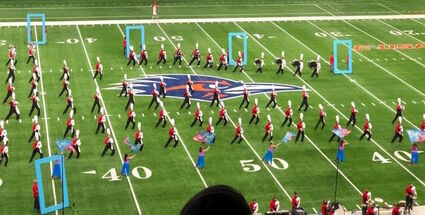 The Bridge City Middle School placed 24 students in the All-Region Band along with two alternates. They were chosen after judging by outside band directors and music teachers on Saturday, December 3.

Kennedy Smith on tuba was selected to Band 1 first chair, making him the top choice of the judges. Other tuba players in All-Region are MaxBuysse, Band 1 fifth chair, and Jackson Hoffpauir, first alternate.

BCMS had 63 students audition for the All-Region Band, which is sponsored by the Texas Music Educators Association.

The All-Region Band will give a concert on January 14 at the Nederland Performing Arts Center.