To the moon and beyond! 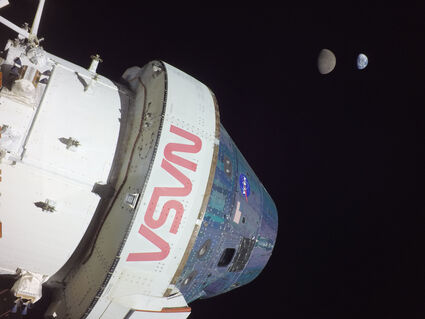 On Monday, Nov. 28, 2022, NASA's Orion spacecraft reached its maximum distance from Earth during the Artemis I mission-268,563 miles away from our home planet, farther than any spacecraft designed to send humans to space and back has gone before. In this image, Orion captures a unique view of Earth and the Moon, seen from a camera mounted on one of the spacecraft's solar arrays.

For Jeffrey Perkins, Orangefield Class of '93, it IS rocket science. The former Orange Countian has been involved with the Orion program, helping to design the spacecraft that will take Americans back to the moon, since the design part of the project started in 2007.

His involvement came about serendipitously. He happened to be in the right place, at the right time.

After Perkins graduated from Orangefield, he spent two years at Lamar University, then transferred to A&M. Graduating with a bachelor's degree in electrical engineering, he joined Lockheed Martin in August of 1999 and began a career in avionics working with F16s.

He then worked on the Joint Strike Fighter (JSF) Program, which is a design and development initiative to create a fifth-generation fighter jet that combines air-to-air strike and ground attack capabilities into one aircraft. He spent seven years working on that program.

"Around that time, I found my wife and my wife wanted to move to Colorado," said Perkins. He said it was easy to transfer with Lockheed Martin.

"So, I stayed with Lockheed Martin who had just received the contract, I think in August or September of 2006, for the Orion Program, so it was just at the right time and the program was ramping up."

He started on the program in January of 2007 and has been with it ever since.

"I started in the labs putting together avionics and software," said Perkins. He also helped build the test environment. He said there have been several phases to the program.

"I built the first set of power and data unit (PDU) configuration tables that go under the controllers of the avionic boxes," said Perkins. That statement needed a little more explanation.

In layman's terms, Perkins helped develop the "nervous system" of the crew capsule. he didn't create the "brain" (computer), but the system of wires and such that delivers the instructions from the "brain" to the the boxes, switches, valves and such (basically the "hands") that open and close to perform the different functions needed. If the nervous system doesn't work correctly in the human body, you would be paralyzed. It's the same with the Orion. Without the wiring harnesses and systems developed by the electrical engineers, the capsule can't perform needed operations. There are eight PDUs connecting everything in the Orion.

"From avionics and software, I went into the actual software team with the guys writing the brains to control the vehicle, because I knew the box that 'tickled' all those things and how to integrate it," said Perkins. "So, I helped integrate all those avionics with the software guys."

Once the Launch Abort System (LAS) and the crew module (the top and middle sections of the capsule) were built, the Orion spacecraft was then sent to Germany for the design of the bottom section or European Service Module (this would be like the chassis of a car) where the life support systems, fuel, oxygen, temperature controls, rockets and such would be installed.

Perkins joined the team in Bremen, Germany to make sure the bottom section was integrated properly into the other two sections.

"I became the chief engineer delegate, said Perkins. "I had all the avionics experience on our side of the vehicle." He was able to take his family with him and he helped integrate the European Service Module with the rest of the vehicle.

In 2018 they returned to Houston where he became the Spacecraft Systems responsible engineer. It was his responsibility to certify that everything was tested and verified when they delivered the craft to NASA.

The Space Launch System (SLS) rocket the Orion sits on was built by Boeing.

The hydrogen leak that held up a couple of the initial launch dates was an issue with the SLS, not the Orion.

Weather, including hurricanes, also caused delays, but the Artemis I blasted off from the Kennedy Space Center in Florida Nov. 16, completing the first step preparing for America's return to the moon to stay and later get humankind to Mars.

The Orion capsule has performed even better than they expected. Originally there were 14 tests planned during the mission, but with the exceptional results and some of the data they received, 16 more were added to the mission.

"We can only test so much on the ground because we don't have zero g," said Perkins.

He has been either on the console at Mission Control Center in Houston or available by phone for consultation since the mission started, but he did manage to get a break on Thanksgiving.

"Nobody called, so I got the day off," he said.

The Orion splashes down on Dec. 11, then more testing begins.

This mission was unmanned, but Artemis II will be manned. It will circle the moon and return so that all the life support systems can be checked out. The target date for that flight is 2024.

Artemis III will land on the moon with the first female and first person of color making history joining Apollo astronauts as having walked on the moon.

Perkins is slated to be in the same position for that historic event targeted for 2026. 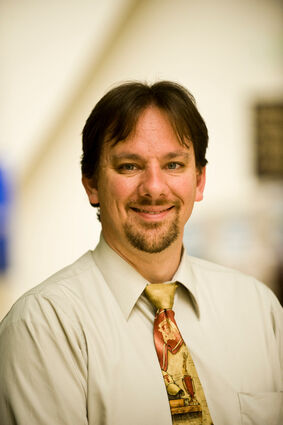 Most people wouldn't have a clue Perkin's "fingerprints" are from the very top of the craft that will carry us back to the moon to the bottom. He's very quiet about his involvement. He only posted a launch info page and changed his profile pic and background to NASA photos of the launch and Orion Craft in space with no explanation, less than any space enthusiasts would have done.

He says he is just very task oriented.

"What's the next task that needs to get done."

He gets excited by seeing other people's excitement about the mission.

Perkins has no aspirations to go to the moon himself.