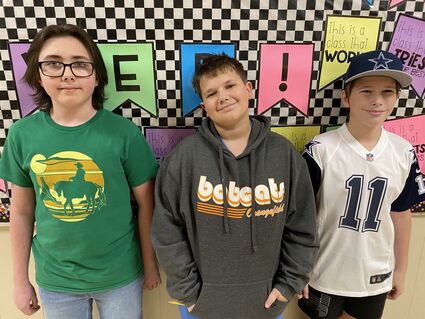 The three-man Rocket League ESports team of Cole Williams, Scotty Wilson, and Steele Shepherd will represent Orangefield Junior High in the Texas ESports League State Championship this Saturday.  OJH comes in as the second-ranked team in the State Tournament.  They will face off against a middle school team from Lubbock in the first round of competition.  Best of luck to the OJH ESports Team on their quest to become State Champions!