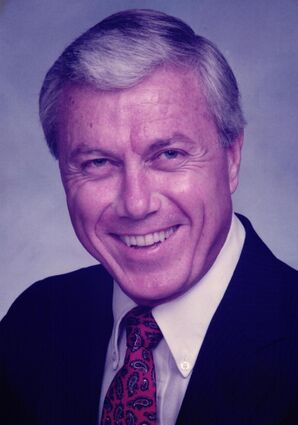 Funeral services will be 2:00 p.m., Monday, December 12, 2022, at Claybar Funeral Home in Orange. Officiating will be Doug Rogers. Burial will follow at Hillcrest Memorial Gardens in Orange.

Born in Drew, Mississippi, on June 10, 1935, he was the son of John Thomas Blalack and Myrtle Lela Erwin Blalack. Charles attended University of Mississippi in 1953 and graduated in 1957. While attending Ole Miss, he was the equipment manager for the football team as well as a member of Sigma Chi Fraternity, Ole Miss M. Club, and has been an active alumni member ever since. Charles was a longtime loyal member of First United Methodist Church in Orange where he served as an usher, along with serving on the Finance and Building Committee. He went to work for Dupont in 1961 and later retired from Human Resources in 1993. Charles served on the West Orange School Board from 1974 to 1976, along with the Sabine Federal Credit Union Board for three years. He was part of the Emmaus Community and Sea Rim Striders Running Club. Charles ran nine marathons, two Boston marathons, as well as many marathons in Houston, Dallas, and Austin, and competed in numerous 5k and 10k races. Charles ended his running career with several races in the Senior Olympics. He kept himself busy throughout the years, but always made sure to make time for his family who he loved more than anything. Charles will be lovingly remembered by his family and friends.

He was preceded in death by his parents, John and Myrtle Blalack; and sister-in-law, Ann Wallace.

Many thanks to Compassion Hospice for their concern and care; especially Scott, Amber, and Elaine. Also love to all friends and family that have shown love and concern for us these last years.