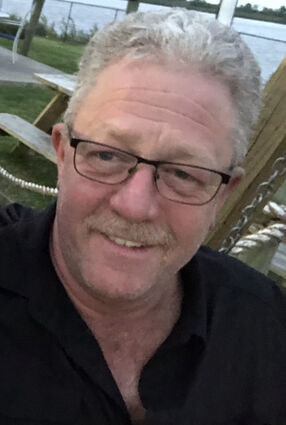 Officiating will be Reverend Barry Bradley. Visitation will begin prior to the service at 5:00 p.m., at Claybar Funeral Home.

Born in Beaumont, Texas, on August 1, 1963, he was the son of Edgar Paul Dodson and Lena Belle (Maddera) Dodson. After earning his Bachelor of Science degree in industrial technology, Paul worked as an electrical instrumentation operator, working first at Temple Inland, for many years, then finishing up his career at Motiva.

He had an excellent sense of humor and could put a smile on anyone’s face. Everyone will agree that Paul would share at least one joke when visiting with family and friends, and never was one joke ever repeated. Paul had enough jokes in his head to last another lifetime. He enjoyed cooking and was well-known for his famous holiday fried turkeys. He was one of the biggest Dallas Cowboys Fans there are, even when they were on a losing streak. Paul was very proud of his boys and loved them dearly.

He enjoyed playing in the yard with his beloved dog, Stella, and catching up with friends at the Orange Boat Club.

Paul was well-liked and very easy going and will be deeply missed by those who knew him.

He was preceded in death by his father, Edgar Paul Dodson.