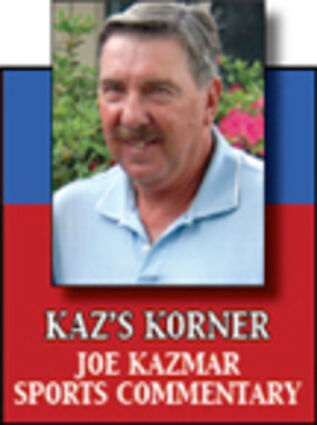 On the local scene, the Lamar Cardinals wasted little time (19 days) in finding a new head coach to replaced the fired Blane Morgan, who compiled a 5-23 record in the three seasons he coached the football team.

And this time it appears that Athletic Director Jeff O’Malley and Lamar president Dr, Jaime Taylor found a man with Division I and head coaching experience in Peter Rossomando, who has been coaching college football for the last 30 years.

However, this would be his first introduction to coaching in the Lone Star State, as he was born in Staten Island, New York and played his college football as an offensive and defensive lineman at Boston University.

Most of Rossomando’s coaching was done at colleges and universities during his early career as an offensive and defensive assistant coach, but was an assistant head coach at Albany (NY) from 2005-2007 before getting his first crack as a head coach at New Haven (2008-2013) and Central Connecticut (2014-2018).

The overall record of the teams on which he coached was 67-49 and included conference championships in 2011 and 2012, making the NCAA Division II quarterfinals and second round, respectively.

Rossomando promises the Cardinals will have an exciting offense, a defense that flies to the football and great special teams.

On the other side of the spectrum last weekend that made national news was at the University of Colorado, who hired Deion (Prime Time) Sanders, despite the fact he has only three years of experience at Jackson State--an HBCU (Historical Black College or University) institution.

Jackson State’s athletic budget is miniscule compared to that of the Colorado Buffaloes. In fact, it wasn’t unusual to see Coach Prime (Sanders) riding on a tractor mowing the team’s practice field. In fact, a good portion of Coach Prime’s annual salary was donated to the school’s athletic budget to help the players have some of the same equipment as other schools.

According to Sunday’s Houston Chronicle, “Sanders leaving Jackson State to take the head coaching job at the University of Colorado is the most talked about upward move in college football history.

Some folks believe Sanders is abandoning the SWAC (Southwest Athletic Conference), but in reality he’s leaving it in much better shape than it was in three years ago.

“Not many would pass up a five-year contract with almost $6 million a year for a job that had averaged $350,000 a year,” the article pointed out.

“That’s just the cash. Facilities, infrastructure, conference affiliation (Pac 12) etc. all point to a job at CU being understandably more attractive to a football coach than one at Jackson State,” the article continued.

And Sanders gave Jackson State something it could not have gotten from another coach—massive attention, new sponsors and major fundraising. He showed the school what could be done.

Coach Prime has never been shy about who he is and what he brings and his departure should not stop Jackson State from fielding a quality program.

“Sanders is great at being Sanders, and he is one heck of a football coach. But if the only way Jackson State can win at football with Prime Time on the sidelines, then perhaps it doesn’t need a football program,” the article concluded.

KWICKIES…Dallas Cowboys fans couldn’t believe what they were seeing for nearly four quarters Sunday at Idiot Owner Jerry Jones’ Palace--the worst team in the NFL (the Houston Texans) taking it to America’s Team. But the Cowboys’ vaunted defense rose to the occasion in the final minutes to stop the visiting Texans on four plays after Houston had a first-and-goal from the Dallas two-yard line. The Cowboys offense, which had been sluggish at best and lousy at worst, finally kicked into high gear and marched 98 yards in their two-minute drill to score the game-winning touchdown with a mere 41 seconds remaining in the game and burst the upset-minded Texans’ bubble 27-23.

However, the high-flying Philadelphia Eagles had little trouble with the upstart New York Giants Sunday, blasting them 48-22 behind the three touchdowns of Channelview native Jalen Hurts, who threw for two touchdowns and ran for another. The Eagles became the first team to earn a playoff berth, while the Houston Texans and Denver Broncos were eliminated from the playoffs with losses on Sunday.

Grinnell College set an NCAA men’s basketball record for 3-point attempts when it tried every one of its 111 shots from beyond the arc in its 124-67 Division III victory over Emmaus Bible College last week. The number eclipsed the 109 three-point shots taken by Troy on Jan. 12, 1992 when the Trojans won 258-141 in what still is the highest-scoring game in NCAA history

Travis Kelce caught four passes for 71 yards in Kansas City’s 34-28 win over the Denver Broncos Sunday for his seventh season with 1,000 yards, extending his own NFL record for a tight end.

Brock Purdy, “Mr. Irrelevant” (the last person chosen in the draft), became the first player in NFL history to start at quarterback. He started against 23-year veteran Tom Brady, who had never lost a game in seven tries to first-time rookie, and sliced Tampa Bay up pretty badly, winning 35-7. Purdy threw for two touchdowns and ran for another.

JUST BETWEEN US…If you noticed for this week’s high school state final championship games, many of those school are the same as in last year’s lineup of division champions. It’s great to see high school football programs that go far in the playoffs year-in and year-out and don’t fall by the wayside with an under .500 record like some schools do.