OJH Lady Bobcats were in action at the Hardin Jefferson Tournament 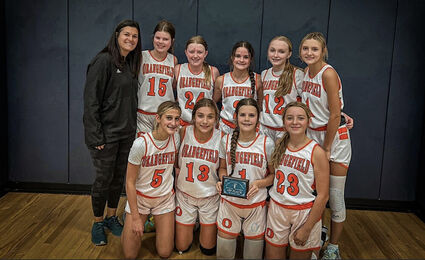 The 8th grade A-team started off against Bridge City and handled them with ease. Mikayla Locke led in scoring, while Paisley Reeves led in rebounds. The Lady Cats took the win with a final score of 35-13. On Day 2 of the tournament, the Cats took on East Chambers which proved to be a defensive battle. The Lady Cats pressed through, and after half, easily out-scored the Lady Bucs 21-8. The Championship game was next against tournament host Hardin Jefferson. Madison McCormack had vital contributions on both sides of the court and the scoring was shared throughout each Lady Bobcat. The 29-8 win was truly a team effort, and the 8th grade Lady Cats came away as Tournament Champions! 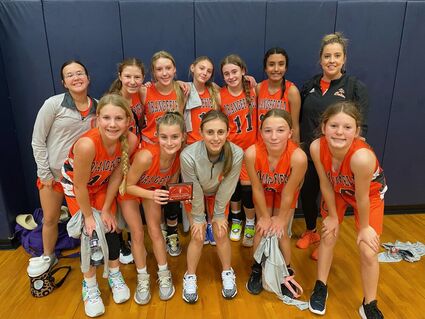