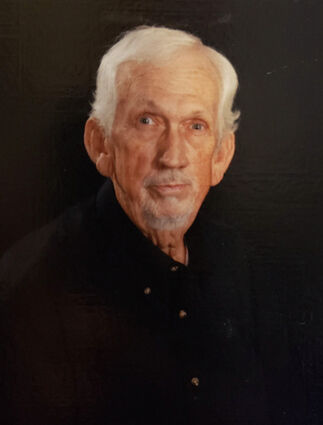 He was born on June 29, 1943, in Miami, Oklahoma and was the fourth child of Grayson and Virginia Switzer. Danny graduated from Lutcher Stark High School in 1962. He was a member of First Church of the Nazarene in Orange, Texas. Danny married Janis Roundtree on May 8, 1967.

He will be remembered as a stellar husband, father, and grandfather. Danny was active in his children's lives, coaching little league baseball and working with the cub scouts. He could often be found playing catch in the front yard after work or a pickup basketball game in the driveway. Danny was the consummate car guy going back to high school.

He could usually be found terrorizing the streets of Orange in the early to mid-60s. He was a member of the Road Runners car club in Orange. He also had a 1965 black Mustang fastback that he would drag race during this time, both at the local racetrack and at the stoplights in Orange. Danny had many a project car over the years and was constantly tinkering with something in the garage. Danny was also a techno-geek. He was always buying the latest tech gadgets, things like the first digital calculators and watches in the early 70s. Danny had one of the first VCRs about 1977, Commodore computers in the 80s and Satellite Dish TV in the 90s. If it was new and nerdy, you could be sure he was going to buy it.

Danny was a pipe fitter and instrument fitter by trade, working out of local Union Hall 195. Even though he retired in the early 2000s, he was a member of the piper fitter’s union for over 50 years. This was an accomplishment he was very proud of. In the early 80s when the local industry began to slow down, he and his wife opened Northway Books and News bookstore. They operated it until 1989 when they sold the business. Danny then returned to industry as things began to pick up in the local area. An avid sports fan, Danny could often be found watching his beloved University of Oklahoma football or nightly watching Astros baseball. He brought many a little league team to the Astrodome in the 70s and 80s to take in an Astros game at the end of the little league season.

Danny was preceded in death by his wife of 52 years, Janis Switzer. Parents, Grayson and Virginia Switzer. Siblings William Switzer of Phoenix, AZ and Gretchen Randolph of Canton, IL.

Those left to cherish his memory include sons, Brooks Switzer and wife Iva of Mauriceville, Chris Switzer and partner Maria Ciepiel of The Woodlands; his three grandchildren, Shelby Switzer, Keaton Switzer and Jordan Switzer, his older sister Barbara Holman of Austin, and numerous nieces, nephews, and cousins.