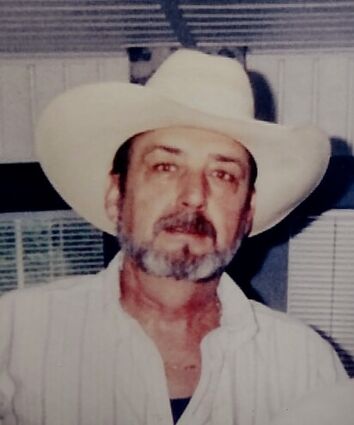 Grover Clinton Turner, age 73, of Orange, Texas , passed away on Thursday, December 15, 2022 in Orange, Texas. Family and friends will gather Wednesday, December 21, 2022 at 2:00PM to celebrate his life here on Earth, at Dorman Funeral Home. Brother Jeff Bell will be officiating. Interment will be a Autumn Oaks Cemetery following the service. Visitation to reminisce with the family and each other will be Tuesday, December 20, 2022 between 5PM and 7PM, also at Dorman Funeral Home.Grover was born in Mississippi on September 19, 1949, to Eugene Clinton Turner and Eva Mae Goss. He was a resident of Orange for 65 years. He was a strong willed pipe fitter and a valued member of Local Union 195. He loved his family more than anything on this earth. He valued his integrity and what his name meant in the community and if he promised you something, he was going to make it happen. His word was as good as gold. Preceding Grover in death are his parents, Eugene and Eva Turner, sons, Grover Clinton Turner Jr., and William Dujon Turner, and his 7 sisters and 6 brothers. Grover is survived by his loving wife of 33 years, Theresa Turner of Orange, Texas, Sons, Timothy Turner, of Mississippi, and Bobby Turner of Orange, Texas, and David Blair of Hemphill, Texas, Daughters, Tammy Taggart (Leslie) of Yazoo, Mississippi, Virginia Brooks (Jeff) of Spostylvania, Virginia, and Rosita Lane of Glasgow, Virginia, Brother, Homer Turner (Connie) of Orange, Texas, and 15 grandchildren and 11 great grandchildren. Honoring Grover as pallbearers are Homer Turner, Will Turner, Stanley Turner, Darryl Dans, and Aaron Spell. Arrangements were made under the care of Dorman Funeral Home.