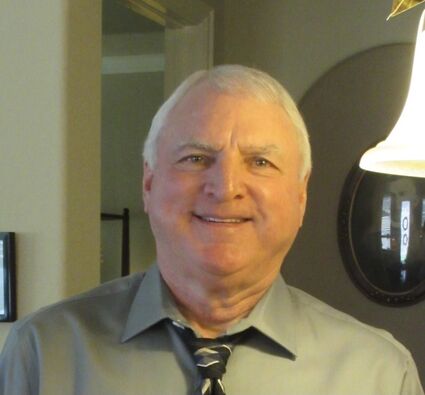 Hal Wade Porterfield, 69 of Hemphill Texas, passed away on December 17, 2022 in Jasper, Texas after battling mesothelioma lung cancer. Funeral services will be held at 2:00 p.m., Tuesday, December 27, 2022, at Claybar Funeral Home in Bridge City. Officiating will be Jimmy Kay. Visitation will take place prior to the service at 1:00 p.m., Tuesday, at Claybar Funeral Home in Bridge City. Hal was born in Orange, Texas on October 29, 1953 to William and Helen Porterfield. He graduated from Bridge City High School in 1973. After high school, Hal joined the Marine Corp and served at Camp Pendleton in California. He then went to work for the Asbestos Workers Local #22 for 10 years. Later, he went to Lamar and received an Associate degree in Computer Aided Drafting and worked as a Pipe Designer at Motiva in Port Arthur, Texas. Hal worked for Petrocon Engineering, Englobal and Jacobs Engineering. He retired in 2017. Hal was a friend to many. He loved fishing, hunting and being at the lake. He made it his full-time home in 2019. He also loved to travel and be with family and friends. He was preceded in death by his son, Jake Allen Porterfield, his parents, William and Helen Porterfield and his sister, Beverly Porterfield. Hal is survived by his wife of almost 40 years, April Gauthier Porterfield, his brothers Henry Porterfield, Hugh Porterfield and wife, Jean. Niece, Christy Bradley and husband Steven and Nephews, Chad Porterfield and William Porterfield. He will be missed by all who knew and loved him.