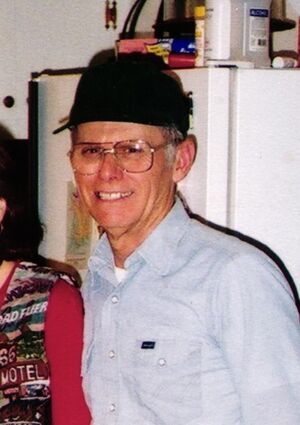 James Whitney Abshire, 81, of Orange, passed away on December 16, 2022, peacefully at home.A Mass of Christian Burial will be held at 11:00 a.m. Thursday December 22, 2022, at St. Mary Catholic Church in Orange. Officiating will be Father Antony Paulose. Entombment will follow at St. Mary Catholic Cemetery.Visitation will be prior to the service beginning at 9:00 a.m., with a Rosary at 10:15 a.m., at Claybar Funeral Home in Orange.

Born in Orange, Texas, on June 16,1941, he was the son of Whitney Abshire and Lillian Moore Abshire. James proudly served his country in the United States Army and went on to become a painter and sandblaster for many years after. James enjoyed going fishing, watching western movies, and was an avid fan of WWE wrestling. He loved operating heavy machinery and playing the Texas Lottery.

James was a devoted member of St. Mary Catholic Church. He was a wonderful husband, father, and grandfather and will be deeply missed. The family would like to extend a special thank you to Dr. W. Rutledge and nurse Paula; Harbor Home Care and nurses Heather and Lena; SETX Hospice Care, Dr. Michael Amsden and nurses Robin, Cristi, and Amanda.

He was preceded in death by his parents, Whitney and Lillian Abshire.

In memory of James the family requests that donations be made to Southeast Texas Hospice or St. Mary Catholic School.