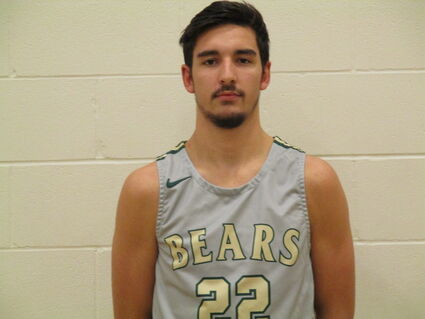 The Bridge City Cardinals opened district at home against the state ranked Silsbee Tigers. With many of their basketball players also on the football team the Tigers have only had their full lineup available for the week prior to the start of district basketball games and actually started the district with a losing record.

Earlier in the week the Cardinals played in South Cameron, Louisiana. The game was a bit of a mismatch as Bridge City won easily 69-13 as a final preparation for the start of district.

On Monday, December 19, the Cardinals played a non-district game at Buna. Bridge City won an exciting contest 51-50 over the Cougars when Fernando Rodriguez hit a three-point basket at the buzzer. Britten was the leading Cardinal scorer with 14 points just ahead of Linder who had 13 points. Bush scored 9 points and had 6 rebounds.

The Bridge City Cardinals will participate in the Little Cypress Mauriceville Tournament which will be played Thursday and Friday, December 29-30. On Tuesday, January 3, the Cardinals will play their next district game at LCM.

Little Cypress Mauriceville had a bye on December 16. The Bears will not play their first district game until January 3 with Bridge City. 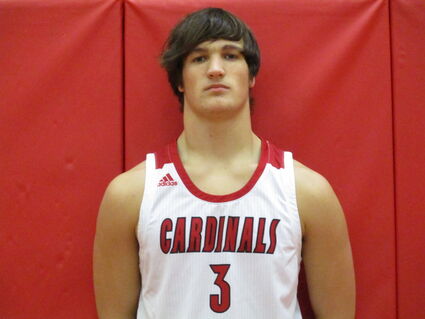 In a non-district warm up game LCM played the Liberty Panthers on Tuesday, December 13. The Bears won 67-46 to raise their record to 14-4 on the season. Ben Elliott had a big game for the Bears with a double-double scoring 23 points and grabbing 10 rebounds. Da'Marion Morris scored 10 points and dished out 8 assists. Noah Fuller was also scored in double figures with 10 points.

The week between Christmas and New Year's Day will be the Little Cypress Mauriceville Classic on Thursday and Friday hosted by the Bears. The games will be played at the Dr. Pauline Colburn Hargrove Gymnasium on the LCM High School campus.

The West Orange-Stark Mustangs started district on December 16 against the other Orange County team in District 19-4A the Vidor Pirates. The Mustangs dropped a close one to the Pirates 67-63 at Vidor.

The week before the New Year begins West Orange-Stark will play in the James Gamble Tournament in Port Arthur on Wednesday and Thursday, December 28-29. The Mustangs' next district game is scheduled for Tuesday, January 3, at home against the Lumberton Raiders.