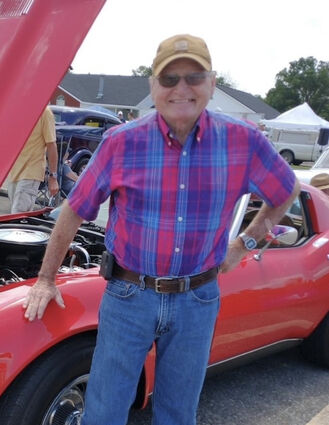 Alvis “Dwayne” Duncan, 76, of Orange, Texas, passed away on December 22, 2022, at his home. Funeral services will be 2:00 p.m., Wednesday, December 28, 2022, at The Self Cemetery in Hornbeck, Louisiana on Self Cemetery Road. Officiating will be Wesley Duncan. Dwayne Duncan was born on Nov. 17, 1946, in Orange, TX. He had a love for building things. When he was younger, he built and raced cars and learned to fix early radios and televisions. Later, he turned his passion for fixing electronics into a career with Xerox and continued his love for cars into a life-long hobby of restoring classic Corvettes. He also had a love for adventure. As a young man, he traveled the country riding dirt bikes. In his later years, he found adventure by spending time fishing at the lake and Jeeping in the mountains of Colorado. Mostly he had a servant's heart, serving in his church by teaching Sunday School for decades, volunteering with U.M. Army, Orange Christian Services, UMCOR Depot, Mount Sequoia, and helping anyone who had a need. Dwayne is preceded in death by his wife of 44 years, Evelyn Duncan; parents Jim and Helen Duncan; brother Kenny Duncan; and granddaughter Ella Duncan. He is survived by daughter Jenny Duncan; son, Wesley Duncan and wife Julie; wife Marie Duncan; stepson, Joey Morris, and wife Shea; grandchildren, Audrey Duncan and Ethan Duncan; along with numerous other relatives and friends. Serving as pallbearers will be Jack Short, Jerry Manning, Wayne Jones, Darrel Segura, Justin Tippit, and Joey Morris.