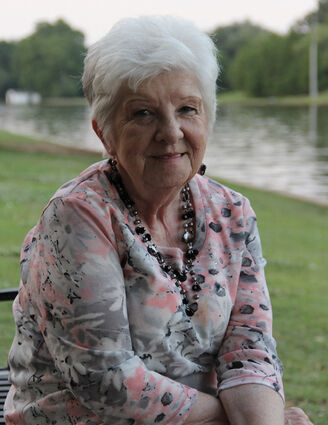 Elva Lois Hughes, 85, of Orange, went to be with the Lord on December 20, 2022, at Focus Care in Orange. Funeral services will be 11:00 a.m. Monday December 26, 2022, at Claybar Funeral Home in Orange. Officiating will be Reverend Travis Hood.  Visitation will be held prior to the service at 9:30 a.m. at Claybar Funeral home in Orange. Additional services will be at 2:00 p.m. Friday, December 30, 2022, at Haight Funeral Home in Sykesville, Maryland with the burial to follow at Springfield Cemetery in Sykesville, Maryland. Visitation will be held prior to the service at 1:00 p.m. Born in Ridley Park, Pennsylvania, on January 2, 1937, she was the daughter of Louis Randall Hamilton and Elva Mary Palmer. Lois was a 1955 graduate of Prospect Park High School, Prospect Park, PA. She worked and retired from the Kimberly Clark Co. (formerly Scott Paper Co.) in Chester, PA, in 1994. Afterwards she resided in Manchester, MD and Cape May, NJ each for a brief time before arriving in Orange, TX in 2003.   She was blessed with many, many, enduring friendships—from her time in Cape May, through her extended church family (North Orange Baptist, and Cove Baptist churches), and her time working with wonderful people at the Stark Foundation. In 2012 Lois married Bill Hughes, after which you would rarely see one without the other. They were a common sight at certain restaurants in Orange, whether Spanky’s, or Old Orange Café. She loved her grandchildren. They have been a great source of her joy. She had a special heart for her family and friends in Evans, LA. Her hobbies included crocheting, sewing, reading, singing in the choir. She was always ready to go…it didn’t matter where. Many have mentioned her feistiness, which you might not expect for such a tiny person. The family would like to extend a special thank you to the caregivers at Focus Care and Kindred Hospice for their loving care they showed Lois. She was preceded in death by her parents, Louis and Elva Hamilton; 1st husband, Harry Dougherty; sister, Hazel Ray; and brother, Wayne Hamilton. She is survived by her husband, William T. Hughes; sons, Kenneth Dougherty and wife Stacy, Alan Dougherty and wife Sherrie, and Wayne Dougherty; grandchildren, Samantha Dougherty, Patrick Dougherty, Kristie Dougherty, Kelsi Dougherty, Krysta Gould, Kasey Dougherty, and Emmie Dougherty; great-grandchildren, Landyn and Mason Clarke, and Carly Dougherty; sister, Janet Logan; brother, Randy Hamilton; after her marriage to Bill she extended her family to include, step-daughters, Janette Hill and husband Jimmy, and Kathleen Hughes; grandchildren, Jason Hill and wife J-Lynne; great-grandchildren Jacob Hill, and Brandin Hill.  In lieu of flowers, memorial contributions can be made to Orange Christian Services, 2518 W Park Ave, Orange, Texas 77630.