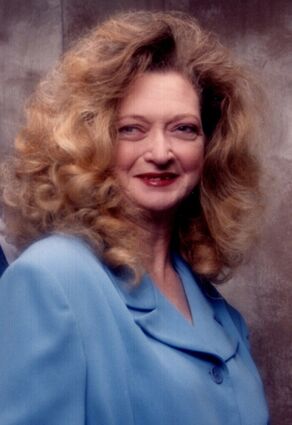 Ruth E. Stone, 84, was born August 3rd, 1938, in Pinckneyville Illinois, and passed away peacefully surrounded by her loved ones December 12th, 2022, at her home in Bridge City, Texas. Ruth was born the daughter of a well-known Pentecostal preacher in southern Illinois, at the tail end of the great depression. Her older brother, Freddie, served in the United States Army during World War II. These events greatly affected her the rest of her life. Grandma Ruth never met a butter bowl she could throw away. She loved and support the military of this great country. Like stereotypical preachers’ daughters, Ruth had a wild streak in her younger years that her later in life friends would hardly recognize. Simply saying Grandma Ruth was a homemaker would be downplaying her many adventures. R.E. Stone lived life to its fullest. She was mom, grandma, great-grandma wife, and best friend to more people than we can name in this memorial. The original “Modern Woman,” R.E. was a working mother with small children when women did not do that. She was an entertainer before it was socially acceptable for ladies. She was a business owner before banks would loan money to women without their husbands’ permission. It just made her more determined to do everything people told her she could not do. Often, Ruth would tell people asking about her education, she graduated from the school of hard knocks. The Pinckneyville, Illinois, one room school lost her entertaining personality in the 9th grade. Ruth was married 5 times, to 4 men; she said it took that many tries to get it right. This earned her a great deal of grief from her father, Rev. Rice, and 1960’s society at large, but as an independent and strong-headed woman, she was not putting up with anything less than what she felt she deserved. She did not “settle.” Capitol Records gave her a recording contract, and she was smart enough to copyright her original songs and music personally. Working under her stage name, Jamie Richards, she wrote, recorded, and performed her own music. Ruth was an opening act for The Porter Wagner Variety Hour, alongside the talented ladies Dolly Parton, Jeannie Shepard, and Loretta Lynn. Love struck Ruth, who lost her contract when she chose to get married, in violation of recording contract. She wanted a family and the music industry lost an incredible singer. She had hustle. Ruth worked the clubs in southern Illinois and southwestern Arkansas, singing alongside the Mid-Western Playboys. She was the lead singer in the “Jamie Richard’s 5,” all girl rock and roll band. She was a go-go dancer, singer, and guitar player, who fended off overly friendly Hillbillies. One of the clubs she frequently played was the Cotton Club in Marked Tree, AR She was also a waitress, owner of 2 Elaine Power’s figure salons, licensed cosmetologist, top producing sales woman, owner and manager of Everything Gift Shop, owner and manager of Quality TV repair, and many other self-owned businesses On July 7, 1967, she married the love of her life James “J.R” Stone. Together they built a very happy life together. JR even managed to get her to slow down long enough start putting down roots in southeast Texas. Knowing she “got it right,” Ruth and James were together until her death, nearly 56 years later. Ruth was involved in many churches during her long life, the last being Outlaw Bible church, where she was the church mother. She is survived by her husband of 55 years, J.R. Stone; children, Ronda Sue Eibert and husband, Dale, Theresia Renee Keaton and husband, Gary; grandchildren, April, William, Tiffany, Kalairn and wife Mik, and Trey; many foster children and adopted children, grandchildren and great grandchildren; along with numerous nieces, nephews, friends, and loved ones. She is preceded in death by her children, Charles Clement Long, IV, Douglas Ray Stone, and Richard Lee Stone; parents, Rev. Hebert Rice, Clara Katherine Schmalriede Rice and stepmother Lola Theresia Adams Rice; siblings, Freddie Rice, Herbert “Little Herbie” Rice, Ina Chapman and stepbrother Loran Adams, Sr. The family would like to send heartfelt thanks to: Heart to Heart Hospice, The Outlaw Bible Church, Meals on Wheels. Caregivers: Mary, CNA; Natasha, RN; Melody, RN; Victor, RN; Chaplain Michael, Social Worker Lela, and many other wonderful people who helped us during this time. Arrangements for a memorial service will held in May 2023, to allow out of state friends and family to participate. Flowers are gratefully declined. In lieu of flowers, please make a donation to The Alzheimer’s Association or The American Heart Association, in Ruth’s Memory. Arrangements were handled by Riley Smith & Sons Funeral Home, 1810 W. 4th Street, DeQuincy, Louisiana.