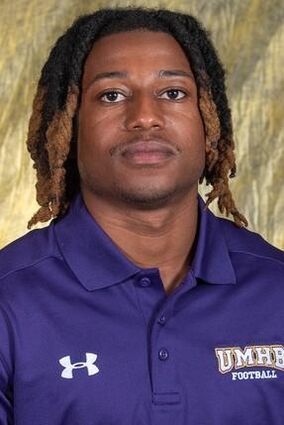 KJ Miller is a senior at Mary Hardin-Baylor

Dedicated to a motto of heart over height the outstanding college football career for KJ Miller from Orange has come to an end. KJ stands at just 5-7 but his skills and effort on the field have garnered him high recognition and earned him a chance to reach the highest level of his sport with a possible position in the National Football League.

Miller and the Mary Hardin-Baylor Crusaders from Belton, Texas completed their football season on December 10 losing in the NCAA Division III playoffs to the undefeated and eventual national champion North Central College Cardinals.

It was another sensational year for Miller who was named a First Team Selection to the Associated Press Division III All-American Team. Miller helped the Crusaders go 12-2 on their season before falling to North Central College in the semifinals of the playoffs. The Crusaders won the Division III national championship in 2021 defeating North Central College in the finals.

During the just concluded football season Miller caught 74 passes for 1,088 yards resulting in 12 touchdowns while also running the ball for two more scores. KJ has set the Mary Hardin-Baylor record with 221 career receptions, the single season record with 78 catches during the 2021 season, and on November 5, 2021 he caught 12 passes against Howard Payne for the single game record at the school.

Miller actually holds the NCAA record for punt return yardage in a college career with over two thousand yards which includes 295 yards from his one year at East Texas Baptist and 1,707 yards for Mary Hardin-Baylor. In his career as a Crusader KJ averaged a phenomenal 21.6 yards a return with six going for touchdowns. He also had another punt return for a score while at East Texas Baptist. 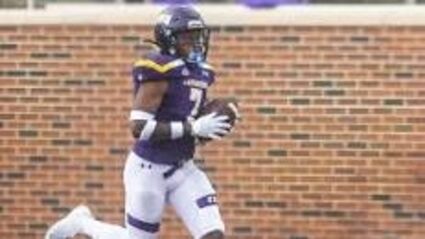 West Orange-Stark graduate KJ Miller holds the receiving records for a career, a season, and for a single game at Mary Hardin-Baylor

Up next for Miller is the College Grid Iron Showcase on January 6-8 in Fort Worth, Texas. This event features approximately one hundred scouts from professional football teams looking to evaluate college prospects as possible future players in the pros.

Meanwhile training and preparation for the College Grid Iron Showcase will occupy Miller's time. He will be working with trainer Aaron Garrett from Silsbee and is likewise working out in Belton.

KJ is a 2017 graduate of West Orange-Stark High School. Miller as a Mighty Mustang starred on two state championship football teams in 2015 and 2016. He was named to the All-District team in football and was a standout on the Mustangs' baseball and basketball teams as well.

With his eye and his heart on making it to the NFL Miller is working hard to achieve that goal. KJ is majoring in business at Mary Hardin-Baylor. He plans to give coaching a try when his playing days conclude.