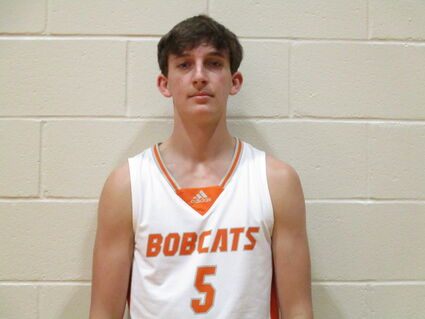 Pete Ragusa of the Bobcats averaged 22.5 points a game in the Franklin Tournament and was named to the all-tournament team

The Orangefield Bobcats spent the last days of last year playing in the Franklin Basketball Tournament. The Bobcats did well they finished as the runners up in the tournament.

The opening game for Orangefield was Tuesday, December 27, against the Caldwell Hornets. The Bobcats trailed after one quarter 19-14, but rallied in the second period to take the lead 30-29 at the half.

The score remained close as Orangefield increased its lead by two points 44-41 going to the final quarter. The Bobcats played lights out in the fourth outscoring the Hornets 18-4 to win the game 62-45.

Bobcat Pete Ragusa was the leading scorer with 32 points. Zane Wrinkle was the team leader in rebounds grabbing 7 and added 11 points.

Tuesday night Orangefield played the sixth ranked in the state Corpus Christi London Pirates. As in the opener the Bobcats fell behind early being outscored in the first quarter by five points before coming back in the second to reduce the Pirates' advantage to a single point 32-31 before halftime.

The Pirates added to their lead in the third period before Orangefield repeated its fourth quarter heroics from earlier in the day. The Bobcats dominated the final eight minutes 19-5 to earn the 62-50 victory.

Ragusa was again the top point scorer for Orangefield with 28, and Brayden Parker was also in double figures with 11 points. Pulling down 9 rebounds Cameron Dischler led the Bobcats in that category.

On Wednesday, Orangefield played a tighter defensive matchup with the Navasota Rattlers where the Bobcats exhibited more balanced scoring across the bench. The Bobcats won every quarter and the final score was 54-33 over Navasota. Wrinkle of Orangefield had a double-double with 10 points and 10 rebounds. Ragusa scored 13 points to lead the eight Bobcats who got in the scorebook with at least two points.

Later on Wednesday, Orangefield tipped off against Manor New Tech in the semi-finals of the tournament. A strong first quarter saw the Bobcats take a 23-15 lead.

Freshman Jaden Scales had his best game of the tournament scoring 22 points for the Bobcats. Ragusa scored 17 points while dishing out 5 assists. Wrinkle led in rebounds with 7 and scored 9 points. 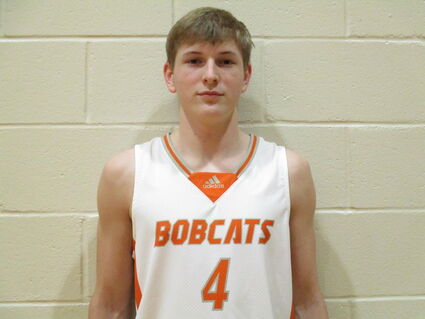 The championship game was played on Thursday between Orangefield and the Center Roughriders. In the first quarter Center scored 25 points hoping to repeat reaching the century mark as it did against Manor New Tech two days earlier and grabbed a ten point lead over Orangefield.

The Bobcats bounced back in the second quarter to trail 35-28 at the half. The Roughriders showed their scoring punch again in the third quarter with 18 points to take a 53-42 advantage to the fourth quarter.

Orangefield played another inspired fourth quarter outscoring Center 16-9 but it was not enough as the Bobcats fell 62-58 to the Roughriders. Pete Ragusa and Zane Wrinkle were named to the all-tournament team for Orangefield.

The Bobcats are 16-5 on the season and resumed district action this week against the Hardin Hornets on Tuesday. Orangefield's next home game will be Friday, January 3, against the Warren Warriors.