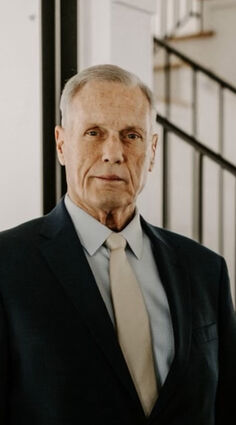 Charles Wendall Frames, 75, of Orange, Texas, went to be with his Heavenly Father on January 8, 2023, in Beaumont, Texas.

He retired as a Production Supervisor from DuPont and later worked for Invista as a Gatekeeper in ADN. Charlie accepted Jesus Christ as his Lord and Savior. He attended North Orange Baptist Church and especially enjoyed his Sunday School class. As a man of faith, he was comforted with the peace that he would be reunited with his wife in Heaven after passing. In his leisure, he enjoyed spending his mornings at the Donut Palace with friends, fishing at Toledo Bend, watching the Texas Longhorns with his dog (boxer) Dixie, spending time with family, and playing music to spread joy to those around him.

Charlie, referred to as “Paw Paw” by all who knew him, was a wonderful husband, father, grandfather, and great-grandfather. Paw Paw will be greatly missed by all who had the pleasure of knowing and loving him.

Charlie was preceded in death by his parents, Herbert “Red” and Mildred (Smith) Frames; and his wife of over 48 years, Kathy Joe Frames.

He leaves his memories to be cherished by his sister Carolyn Wilson and husband, Charlie; children, Angela Frames Locke and husband Gary, of Orange, and Ryan Frames and wife Gwen, of San Antonio; his wonderful grandchildren, Harlie Joe O’Quinn and husband Taylor O’Quinn, Rylee Locke, and Demi Joe and Lauren Frames; great-grandchild, Brex Allen O’Quinn; and other loving family and friends.

If you wish to honor Charlie’s memory, memorial contributions can be made to North Orange Baptist Church at 4775 N 16th St, Orange, TX 77632.