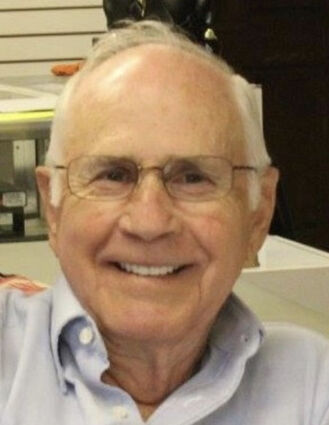 Oreste “Pee Wee” Courville, age 89, of Orange, Texas, passed away at his home surrounded by loved ones on Tuesday, January 10, 2023.

Arrangements were made under the care of Dorman Funeral Home Oreste was born on Monday, June 19, 1933, in Lafayette, Louisiana, to Augustine and Aimee (Carriere) Courville. On June 20, 1951, Oreste entered in to active military duty with the United States Air Force and later received an Honorable discharge. Oreste married the love of his life Georgie (Begnaud) on June 27, 1953. Oreste was a devout Catholic and member of the St. Francis of Assisi Catholic Church.

He was a man of order, who believed in hard work, which could easily be seen in his immaculate lawn. Oreste was a soft spoken man, who always had a contagious smile, and was noted for being a sharp dresser. During the fall season, Oreste could be found cheering for his Dallas Cowboys.

In his early years he enjoyed time on the river, during the summer with family and friends. Oreste was a beloved husband, father, grandfather, and friend, who will be deeply missed by all who knew him.

Preceding Oreste in death are his parents, Augustine and Aimee Courville and his brother Louis Courville.