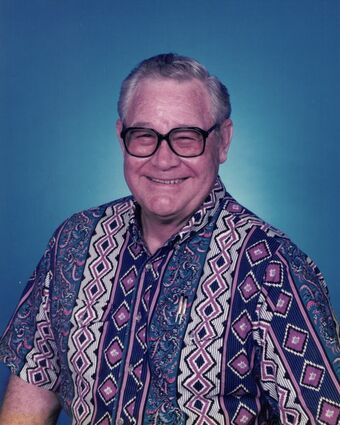 Glenn John LaComb, 92, passed away on January 17, 2023, at Focused Care in Orange, Texas. He was born in Orange on October 15, 1930, to parents Leslie Joseph LaComb and Amy Marie Dartez LaComb. He was a graduate of Lutcher Stark High School, where he excelled in football. He joined the Marines in 1951 and fought in the Korean War. After returning home from the war, he attended McNeese University where he also played football. Glenn was a retired Ironworker who worked throughout the United States and overseas. He retired in Hemphill to the Six Mile area in 1994 and resided there up until December of 2021. Glenn was preceded in death by his parents, Leslie Joseph LaComb and Amy Marie Dartez LaComb; his brother, James Russell LaComb; his son, Jimmy Glenn LaComb; and his devoted partner and caregiver, Edith Green. Glenn is survived by his daughters, Debbie LaComb Pool and husband, Bob of Clearlake, Texas, Kathy LaComb Bourgeois and husband, Michael of Orange, Texas, Vanessa LaComb Kearnes and husband, and Brian of Spring, Texas; his son Jerry Anderson and wife, Brenda of Orange; 8 grandchildren; and 5 great-grandchildren. Cremation is under the direction of Claybar Funeral Home. A graveside service with military honors will be held on Wednesday, January 25, 2023 at Evergreen Cemetery in Orange, Texas. Officiating will be Reverend Joshua Sharp of Trinity Baptist Church of Orange.