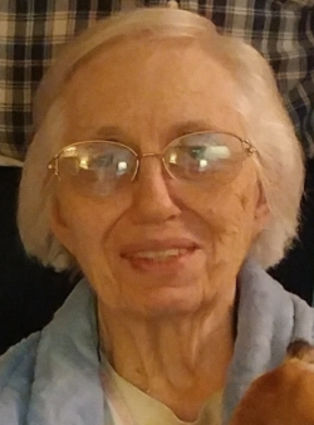 Doris Faye Dagley Duncan passed away peacefully in her home in Orange, Texas, in the early hours of Monday, September 25, 2017, surrounded by her loving family at the age of 87.

She was born to Bertha and Cecil Dagley in Leroy, Colorado on December 2, 1929. She was the youngest of five children and is preceded in death by her siblings Vernon Wise, Kenneth Dagley, Jay Dagley, and Lois Jean Coakley.

Doris survived polio in 1947, and after completing her studies in Occupational Therapy, married William S. Duncan on June 6th, 1953, the day after their graduation from Colorado State University. After five years in Charleston, West Virginia, they transferred to Orange, Texas for Bill’s work at Sabine River Works and made their home there. She was a millennial Camp Fire volunteer, an active member of First Presbyterian Church as one of the first female Elders, and enjoyed arts and crafts, traveling with her husband, and focusing on raising her children.

She is preceded in death by her son, Gary Duncan in 1980.

There will be a memorial celebration of her life at Presbyterian Columbarium, on Saturday, September 30th, 2017 at 10:00 a.m.

The family is grateful for the condolences and requests donations in lieu of flowers to the First Presbyterian Church Memorial fund.