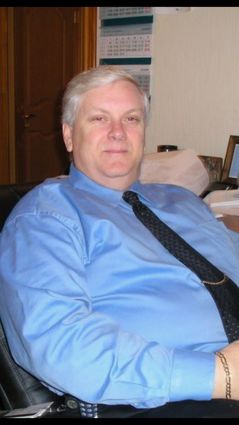 Funeral services will be held at 2:00 p.m., Sunday, February 25, 2018, at Claybar Funeral Home in Bridge City. Officiating will be Mr. Will “Sarge” Cotton. Burial will follow the service at Hillcrest Memorial Gardens in Orange.

Visitation will be prior to the service beginning at 1:30 p.m.

Born in Pasadena, Texas, on February 21, 1957, he was the son of Dale Eugene Bradford and Flora Marie Aull Bradford.

After high school he was a fire fighter for the city of Orange and taught fire safety classes at Texas A&M University.

The last 12 years of his career, Lynn worked as an Environmental Engineer and Emergency Response Coordinator at Exxon Mobil on the Sakhalin Island in Russia and in Papua New Guinea.

The accomplishment he was most proud of, was earning the rank of Eagle Scout and being inducted into the Order of the Arrow, the National Honor Society of the Boy Scouts of America.

Lynn enjoyed playing golf, hunting, fishing with his friends, and was looking forward to spending time on his new “retirement” boat.

He was a very happy person with a kind heart. He will be greatly missed by those who knew and loved him.

He was preceded in death by his parents, Dale and Flora Bradford; grandmother, Lenora Aull; brother, Darrell Bradford; and sister, Linda Hughes.