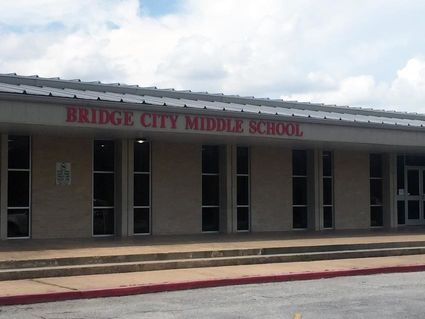 During a recent special called board meeting of Bridge City Independent School District trustees, they voted unanimously following a presentation by the Citizens Advisory Committee to approve a $46.1 million bond proposal.

The presentation by the committee was the final step in a series of meetings which began in October 2018. The committee met a total of six times over a five month period at every campus in the district to study school district data such as facility conditions, demographic reports, financial information, tax rates, program needs, and other school district information. The CAC members represented all demographic groups and geographic areas within BCISD.

The members were both nominated and were allowed to self-nominate and grew to include 30 people. Anyone who wanted to be on the committee was encouraged to participate. The invitation to participate was posted on the district web page, Facebook and Twitter. At least one teacher from each campus was on the committee. District administrators were information providers and did not vote. The committee meetings were posted with local media and at the administration building, according to BCISD Superintendent Todd Lintzen.

The survey results indicated a community support for all projects. The survey also revealed there is excellent support from internal stakeholders, both parents and employees. The new middle school had the greatest support of all four projects, according to information received from CAC.

These results were reviewed by the committee to gain insight regarding the projects and would be supported by the community. This information would help them so they could make an informed presentation and make a final recommendation to the school board, Lintzen said.

All four projects identified as needed by the Citizen Advisory Committee were surveyed and approved by survey respondents located within BCISD. As a result, the committee voted unanimously to recommend all four projects be included in a May 2019 Bond issue.

The CAC then recommended that BCISD School Board move forward with a bond proposal for school facility improvements.

Prior to making the final decision the school board heard from Lewis A. Wilks of US Capital Advisors to review the Preliminary Tax Rate & Capacity analysis. He concluded by stating he thought they could get a good rate on the bonds.

After receiving the CAC recommendation and contemplation upon receiving the tax rate and capacity analysis, as well as reviewing the order, the board voted in agreement with the bond proposal.

The bulk of the bond funds of $35.93 million are planned for rebuilding the middle school. The current building was built in 1964 and has a roof in disrepair along with a long list of other issues.

The remainder of the funds are to be spent on the equipment and on Career and Technical Education Building at the high school, and expansion projects for the growing number of students at the intermediate and elementary schools.

According to information received, the average home value in Bridge City is $146,353. The estimated tax annual tax increase for the homeowner of this valued home is $327.55. The final maturity on the bond should it pass will be in 2044.

"If my taxes are raised in the name of education so be it," said Travis Walker, Bridge City resident. "I'll pay them like I do every year."