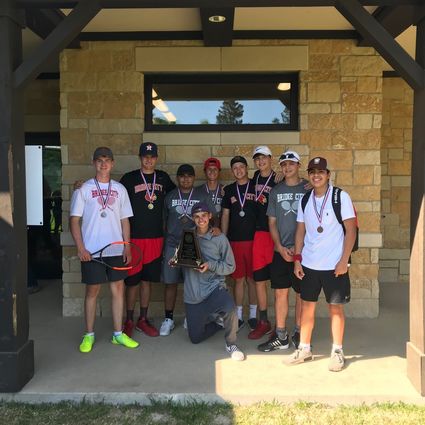 The Bridge City Cardinals are the boys 22-4A district champions in tennis.

The team participated in the district tournament in Beaumont last week.

In the Boys Doubles division, the Perry brothers once again dominated.

Camden and Kian dropped only two games in their move thru the bracket.

Also in the Boys Doubles, Salvador Torres and Alberto Munguia captured the bronze medal for the Cardinals.

In the Mixed Doubles division, it was an all BC final.

The Bridge City boys will compete in the Regional tournament in Bryan on April 17-18th.