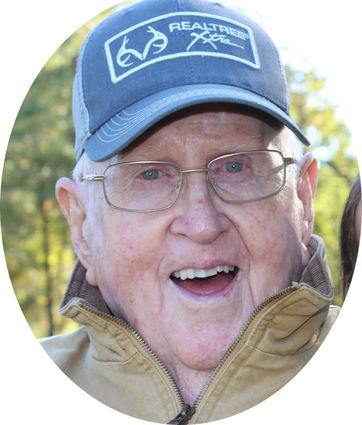 Marvin Earl Waddell was born to James Joseph Waddell and Marguerite Imogene Waddell in Village Mills, Texas on June 26, 1933. His family moved to Port Arthur, where he graduated from Thomas Jefferson high school, and then to the Bridge City area in 1957 where he spent the rest of his life.

He married Sally Marie Howard on September 4, 1959. In 1967, they had twin sons. He received a B.S. in physical education from Lamar University, but spent his career as a personnel manager for Firestone where he worked for 35 years.

He served as a deacon and Sunday School teacher at First Baptist Church of Bridge City for more than 50 years. Only recently did age and disease retire him from these loves.

Marvin passed away on July 8, 2019, in Port Arthur. He is survived by his two sons, Bill and his wife Valarie, and Bryan and his wife Rebekah; seven grandchildren, Joshua, Abigail, Hannah, Mikayla, Corban, Bryanna and Annalisa Waddell.

Marvin was proceeded in death by his wife, Sally Marie Howard Waddell, and his parents, James Joseph and Marguerite Imogene.

Friends are invited to a visitation from 6-9 p.m. Friday, July 19, at First Baptist Church, Bridge City.

The funeral services will be 10:00 a.m. Saturday, July 20, at First Baptist Church in Bridge City. Officiating will be his sons, Bill and Bryan.

Graveside service will be at 2:30 p.m. Saturday at the Holland Cemetery near Kountze, Texas.

Serving as pallbearers will be the deacons of First Baptist Church, Bridge City.