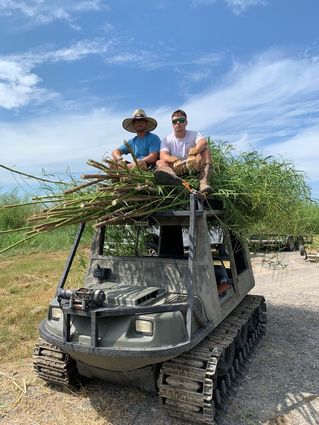 cut: Local hunters need to take precautions during teal season as its prime time for snakes, gators and mosquitoes

In what has become a highly anticipated yearly ritual, wingshooters from all over Texas will make there way to the fields and marshes as the 2020-21 waterfowl hunting season officially gets underway. The teal season opener has become a real gathering of sorts, almost a social get together if you will. Hunters eagerly awaiting each new hunting season head to the fields for their first taste of what is in store and this one looks promising thanks to some recent rains. Both fields and marshes are abundant with life and fresh growth, a plus for some and a curse for others. Hurricane Laura put a dent in some areas with the high winds and water but for the most part conditions are favorable right now.

The early teal season is a great September option for waterfowlers who want to get a jump on their hunting opportunities. The 16 day season opens statewide on Saturday and runs through Sept. 27th. Shooting hours are 30 minutes before sunrise to sunset and the bag limit is 6 teal, any species. Heavy rains in recent weeks have made the marshes flush with new vegetation and fresh water, both of which should really help the hunters as well as the birds.

With the promise of the years first cool fronts coming in September it is understandable that the hunters have high hopes. So far nature and the weatherman have cooperated, at least up until this point. Now all we need is some cooperation from the birds and no more crazy weather that would cause catastrophic changes in the outlook. September has been an active month historically in the Gulf of Mexico, hopefully we will be spared any more problems after what we went through with Hurricane Laura.

The outlook for Teal hunters is outstanding as the numbers of birds in our area is solid and continuing to build. Local scouting reports have been favorable and a huge push of birds have already made their way into our part of the state . The first cool front will help usher more teal south as they continue along their migration towards Mexico and beyond. Rice fields and areas along the prairies that are holding water are seeing huge concentrations of teal while the same can be said for the coastal marshes. I wouldn't be surprised at all to see the public hunting areas along the coast do very well for this weekends opener, especially after a recent scouting trip I made. 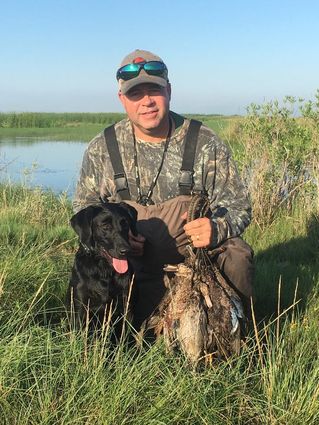