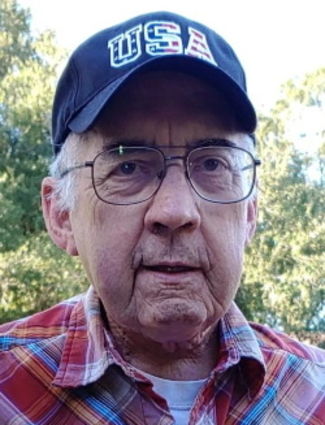 Larry Lyle Garrison, age 75, of Orange, Texas, passed from this life on Thursday, January 21, 2021, at his home, surrounded by his loving family. The family will be having a private Memorial Service at a later date to honor Larry’s life. Arrangements were entrusted to Dorman Funeral Home. Larry was born on Sunday, January 6, 1946, in Beaumont, Texas to parents, Tiny Lee (Hampshire) and Lyle Garrison. Larry was a longtime resident of Orange, Texas where he was known and loved by many. He made his career as a welder and a draftsman while working for, Exxon Mobile, from which he later retired. Larry was a true comedian with a dry sense of humor that never failed to tell a joke, no matter the current situation. He thoroughly enjoyed going bowling, watching the pro bowl on television, motorcycles of all kinds, as well as, hunting deer, rabbit and ducks when he was younger. He had two special little four legged friends that he loved very much named, Mady and Chloe, whom never left his side. Larry loved his family unconditionally and looked forward to every single moment that life allowed them to spend with one another. Larry was a loving husband, father, son, brother, grandfather, great grandfather, uncle and friend, whom will forever be loved and missed by all who knew him. Left to cherish his memory are his loving daughter, Lisa Guyote; loving sisters, Barbara McMillon, as well as, Frances Read and husband Forest; grandchildren, Cody Roberts and wife Amber, as well as, Ty Roberts; great grandchildren, Steelye Roberts, Ryker Roberts and Baelyn Roberts; great nieces and great nephews, Jeramey and wife Alleya, Ryan, Neve, as well as, a host of additional nieces and nephews. A very special, Thank You, to great niece, Penny and Richard, as well as, Elgin Kneese and Anissa Read, for being such wonderful help to Larry and the rest of the family when it was needed most. Larry is preceded in death by his loving wife of over 20 years, Pat Garrison, as well as his parents, Tiny and Lyle Garrison.