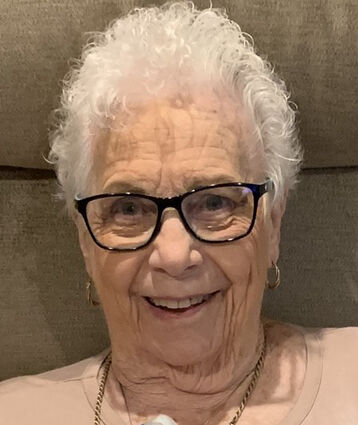 Laura “Nana” Lee Denham Mooney passed away at the age of 91 at Oakwood Manor nursing home in Vidor, Texas.

Cremation will be under the direction of Claybar Funeral Home, with a memorial service to be held at a later date.

Laura was born in Jefferson Parish, Louisiana on May 12, 1931 to Laura Blocker Denham and Billy Thaxton Denham. She grew up in El Dorado, Arkansas and moved to Orange in 1974, where she resided until her passing.

Laura was an employee of Kroger in Orange for over 30 years. Upon her retirement from Kroger, she worked for Basic Phone, White’s Gas Station, and Delta Fuel in Vinton, Louisiana. Laura was well loved by her colleagues and customers. Laura loved sports and one of her greatest joys was watching her grandchildren play football, basketball, baseball, and softball. She loved babies and welcomed each new blessing with a hand sewn baby blanket.

Laura’s family would like to extend a special thank you to all of the nurses and aides from Compassion Hospice and Southwest Texas Home Health, they were truly a Godsend, along with Oakwood Manor Nursing Home.