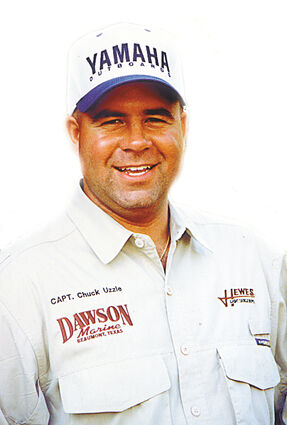 I have no idea why we as anglers are constantly trying to complicate things, always re-inventing the wheel and adding corners. In our never ending quest to catch more and bigger fish we often stray down the path which we think leads to discovery only to find that out that if we had just read the street signs we’d be in much better shape. Over the years it seems like we have become so detailed and specific that the average fisherman suffers from “paralysis by analysis”.

Fishing reports have become “thesis like” statements so full details that instead of helping they now hinder the angler. A once simple task has now become so complex that many anglers doubt their own ability to catch fish. An extremely simple answer to this new “information overload phenomenon” can be summed up with 4 letters, “K.I.S.S.”, and they stand for Keep It Simple Stupid. I am a firm believer in the concept and you should be as well.

In our quest to become “fish catching machines” and “super anglers” many of the best things about the sport of fishing routinely take a backseat to the “newest, latest, and greatest”. I usually get my own brand of wake up call from clients who share the boat with me, especially kids and anglers new to the sport. Sometimes it takes seeing the sport through a different set of eyes to help you truly focus on what’s good. If you stop for just a moment and think about what is the most basic and pure moment in the whole fishing equation it has to be when a fish pulls on the other end of the line. At that moment it doesn’t matter what lure or bait your using, what rod your casting, or even what kind of fish is doing the pulling. All that is good about the sport is compressed into that split second when excitement and anticipation meet, that’s what keeps us coming back.

Now a lot of fisherman will scoff at the notion of simplifying the fishing process and they are certainly welcome to do that because the sport means different things to different people. I personally love to simplify things every now and again because it helps me gain perspective. Here recently I have taken to the notion of getting “uncomplicated” and it’s been a blast. For years when I first started guiding my security blanket if you will was a handful of Mansfield Maulers and a bag of glo cocahoe minnows. I spent hours drifting that slender rattling cork made by the legendary Bob Fuston and I caught the heck out of fish while doing so. I have come full circle and returned to my old ways it seems as I now reach for that rod with a cork on it more often. I don’t care who you are or where you fall out on the angling scale everyone who fishes loves to see a cork dance and then plunge under water, it’s the most basic of all scenes in the sport and something that every fisherman has in common with one another.

The idea of fishing with a cork will certainly be met with resistance from those who believe themselves above such mundane types of fishing and that’s okay because everyone has certain likes and dislikes. I have no problem slowing things down every now and again, taking a little time to just have some fun and get a bite. It’s even better when those bites become big fish and it’s great when they won’t hit any of the “high tech” lures of those who look down upon the cork. Nothing like hearing a guy at the dock who is decked out in the latest high end clothes, glasses, boat, and truck tell his buddies “yeah they caught fish but they were using corks” while he puts an ice pack on his pride.