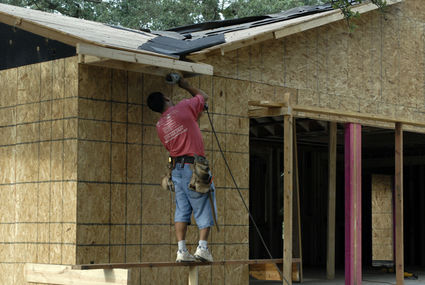 After two years there are still approximately 700 homes in Bridge City that have not been dealt with since Hurricane Ike according to Jeff Parrent, president of L.T.C. Professional Builder, Inc.

Parrent came to Bridge City at the end of September in 2008 after the hurricane and is still here.

He went home, to the Dallas area in the middle of May. ŌĆ£I just went home for 30 days because I hadnŌĆÖt been there in two years, other than a couple days at a time,ŌĆØ said Parrent.

L.T.C. has become a permanent fixture in Bridge City and plans to stay as long as there is work.

ŌĆ£I plan on having a north Texas division and a south Texas division, that was my plan after about six months when I came to Bridge City; and thatŌĆÖs still the plan.ŌĆØ So far, L.T.C has remodeled and repaired (some from the ground up) 65 residential properties and six commercial projects. ŌĆ£We did City Hall, the library, public works, community center and a couple more city projects.ŌĆØ

ŌĆ£The economy, you know itŌĆÖs no surprise to anyone, the economy is really bad...it makes it tough to keep up the overhead for both offices if there is not work to sustain it. So thatŌĆÖs my struggle, I hate to commit to [staying in Bridge City] right now. IŌĆÖm willing, my desire is there, but I donŌĆÖt know if I can afford to keep both [offices]; as long as there is work, sure.ŌĆØ

Parrent says right now he is more fortunate than some. ŌĆ£IŌĆÖve always been blessed, IŌĆÖve never ever been out of workŌĆōnever. God has always blessed us.ŌĆØ In fact, the L.T.C. stands for Look To Christ. ŌĆ£I just expect that to continue. But I know as I continue to look around, thereŌĆÖs a lot of people in this same ministry that donŌĆÖt have work.ŌĆØ

ŌĆ£We was able to minister and help a lot of people in this area through our gifts that we have. ThereŌĆÖs several, a lot of people in need and we were able to help them without having our hand out. You know, weŌĆÖre thankful for that,ŌĆØ said Parrent. ŌĆ£It was just a blessing for us to be able to do that. We helped several families get back in their home, cause otherwise they wouldnŌĆÖt have been able to.ŌĆØ

Currently, ParrentŌĆÖs company is doing an ŌĆ£Extreme MakeoverŌĆØ for Charles and Gwen Atkinson who purchased a home from a widow, Marie Black. ŌĆ£Mrs. Black and her husband built the house in 1967 and lived here for 41 years, 42 years, then Ike came. SheŌĆÖs now living in Beaumont in a retirement home and she loveŌĆÖs it.ŌĆØ Parrent said Mrs. Black handpicked Charles and Gwen to purchase the home. ŌĆ£They go to church together and because of all the live oaks and the history of this house and the land, [Black] didnŌĆÖt want anybody to have it, so she picked Charles and Gwen. They made an agreement and they bought the house.ŌĆØ

Parrent stripped the house to the stud walls and now is in the process of rebuilding the home. He said he hopes to have the AtkinsonŌĆÖs in their new home by January.

Is there still lots of work in Bridge City? ŌĆ£I say there is and I know that probably contradicts what other people believe.ŌĆØ Parrent said, ŌĆ£I believe in my heart there are a lot of homes like Mrs. BlackŌĆÖs home and there are a lot of couples like the Atkinsons that just waited. ThereŌĆÖs 3,400 homes that were affected and I believe that about 80 percent have either moved or rebuilt. If thereŌĆÖs 20 percent, thatŌĆÖs almost 700 homes that still need something done, bulldoze ŌĆśem, fix ŌĆśem, repair ŌĆśem, sell ŌĆśem, I donŌĆÖt know, but there are still 700 homes and if you think about it...10 percent is 70.

Parrent said he would agree with the observation of Brad Morgan, minister of St. Paul United Methodist Church in Bridge City. Morgan said they have lost about 27 older members, but young families with children are moving in. ŌĆ£You bet I agree. Yeah, weŌĆÖve already had a handful of people stop and ask us if this house is for sale. WeŌĆÖve only been here less than a month, but there is interest... A couple of them were young couples.ŌĆØ 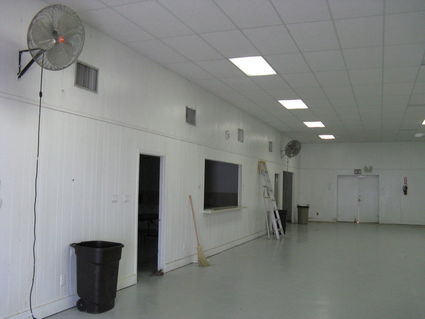 Across the street is the home of Doris Connor, Gwen AtkinsonŌĆÖs best friend. Parrent rebuilt her home and the home of AtkinsonŌĆÖs daughter, Christi Quarles. It was only natural they would recommend him to the Atkinsons. He has quickly built a reputation in Bridge City for the quality of his work. ŌĆ£The Lord gave me a lotta favor in this town and IŌĆÖm very thankful for it, for sure.ŌĆØ He adds, ŌĆ£We worked hard too,...and took care of every single customer, every single homeowner in this town. WeŌĆÖre thankful for that, we really are.ŌĆØ

Currently, besides the AtkinsonŌĆÖs home, they are working on two others.

By the way, he sings too.