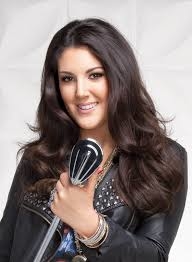 Kree Harrison is once again coming home for a concert on Nov. 9 at the Event Centre located at 700 Crockett Street in Beaumont.

Harrison will be performing following the Compassion Color 5K Fun Run through the streets of Beaumont. The run benefits indigent health care in Southeast Texas and the Compassion Color 5K is an event which allows the opportunity for the community while enjoying a day of colorful fun with family and neighbors. All funds will stay in our community to aid in financial support for medical care, food, medications, and basic needs for hospice patients who have no other means to pay for these services.

The race is expected to be fun for the whole family. Registration includes a race day T-shirt,a race bib with number, color powder, entry into the race and the post-race festivities including Kree Harrison’s concert.

All runners are invited to stay for the after party at the Event Centre featuring vibrant entertainment of Kree Harrison. Musical guests Book of Days will be opening for the American Idol Finalist. Tickets are also available for those who choose not to participate in the fun run but still want to join the party.

Harrison hasn’t been sitting around since she wrapped up the 12th season American Idol tour, but has been busy working on an album.

In between her appearances and working on doing what she loves best —singing, she will also participate in the 71st annual Santa Train. The Santa Train delivers Christmas presents on a 110-mile route in Kentucky, Virginia and Tennessee.

This won’t be Harrison’s first ride on the holiday locomotive. She also participated in the event in 2001, when she was 11 years old.

The Santa Train will run on Nov. 23, and is expected to distribute more than 15 tons of gifts, which are donated from both individuals and companies.

Harrison was born in 1990 at St. Mary’s Hospital in Port Arthur. The family moved to Woodville in a home that was given to them by their grandmother but not before a brief time when she lived in Bridge City. In the 8th grade she attended Bridge City High School before relocating to Woodville. She eventually would call Nashville home so she could work on her singing career.

Over the next several years, Harrison sang for churches, rodeos, weddings and competitions. At eight, she was the opening act for R&B performer Percy Sledge. At nine, she won “Artist of the Year” at the Kirbyville Playhouse and by age 10, she sang on The Rosie O’Donnell Show. She was invited back on three other occasions. Harrison sang in country playhouses all over the area, as a special guest at a Warren Talent Show. She also was a second place winner in the New York Apollo competition held in Houston.

On October 11, 2001, Harrison’s father died after the plane he was on crashed off the coast of Spain. She was forced to face another tragedy when her mother died four years later. The singer took to songwriting to express her emotions.

Kree Harrison will be performing in Beaumont on November 9 at the Event Centre following a Compassion Color 5K Fun Run.