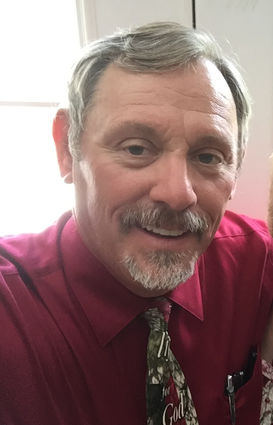 James (Jim) Leon Hardwick of Bridge City passed away on Monday, May 7, 2018, after a short battle with cancer.

He lived his life as a dedicated servant of the Lord.

He was born to Floyd C and Marilyn Joyce Hardwick on September 9, 1959 in Martinsville, Indiana.

He grew up with his brothers between the farm and baseball diamond.

He served with his family at Cookson Hills Christian Ministries and Children’s Home in Kansas, Oklahoma.

Jim studied the Bible and was equipped for teaching at Dallas Christian College, graduating in 1981.

Jim was a faithful minister of the gospel of Jesus Christ in Lamar, Colorado; Truth or Consequences, New Mexico; Dewey, Oklahoma; Dimmitt, Texas; and Orangefield, Texas.

He ministered to others as Hospice Chaplain and served three terms as President of the Bridge City/ Orangefield Ministerial Alliance.

Most recently, he and his wife, Tresa, attended and served at Common Ground Community Church in Bridge City, Texas.

Jim worked for Orangefield ISD, caring for the athletics fields and events.

Jim was preceded in death by his father, Floyd Hardwick, and his mother-in-law, Patricia Capps.

He is also remembered by his mother, Joyce of Shady Point, Oklahoma; his brother, Jeff and wife, Charmaine of Roanoke, Texas; brother, David and wife Lynnet of Van Buren, Arkansas; extended family and friends.

Jim will continue to help others through body donation to science and medical research through Baylor College of Medicine and Science Care.

A memorial service for Jim will be held Thursday, May 10, 2018, 4:00pm at Common Ground Community Church.