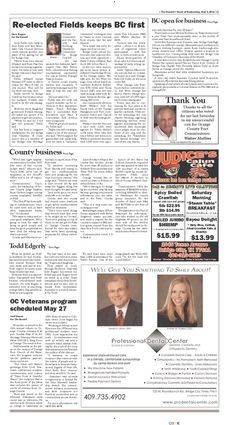 Results of the City Election made Spears the new mayor of Orange, set to replace the retiring Jimmy Sims in a couple of weeks.

Spears, 37, who served a year and a half on the city’s zoning board of adjustment before one full and a third of a second three-year term as at large councilman, received 79.3 percent of the vote counted Saturday night.

Spears had to give up his position as council member to run for mayor.

“Mr. Sims let it be known for the last year he would not seek re-election,” the new mayor said. “I started to talk about it with my wife, pray about it.

“Through prayer and time, you know, I realized I’m going to run for mayor, push the city forward, continue to try to do my part.”

Making the city whole after Hurricane Harvey’s unprecedented flooding last summer has been Job One for Orange for nearly nine months.

“The city’s No. 1 priority is to get people the help they need rebuilding their homes and finish out the FEMA response,” he said.

“We need to get citizens back on their feet, get them the quality of life they deserve.”

Quality of life is also the topic of an ongoing discussion before city council. Among ideas being contemplated is an $8 million dollar bond sale with the proceeds going to repair roads and provide recreation for citizens.

Two possibilities discussed have been replacing the hard-to-keep-up 40-year-old city natatorium with a splash park and improving the ballparks at Memorial Park.

“City staff will schedule another hearing in a couple of weeks. Talks will resume shortly,” Spears said.

The Orange mayor’s election was one of only six contested races in Orange County for the spring 2018 election.

In a county-wide election, Keith Wallace won his fourth term on the Orange Navigation and Port Commission board and Carroll G. Holt won the at-large position.

Wallace won the Precinct 1 race with 1,223 votes against Dr. Travis Miller’s 1,174 votes. Holt, who had twice before lost elections to Wallace, prevailed this time with 1,055 votes over opponents Tim Schossow (960) and Walter Mullins III (419).

In Bridge City, incumbent Lucy Fields defeated Joseph Hannan 277 votes to 163 to retain her Place 6 seat on city council. This will be her third two-year term.

Turnout was low everywhere – about 5 to 10 percent of registered voters participated -- with few city- or district-wide races.

About three-quarters of those who did vote took advantage of early voting opportunities. 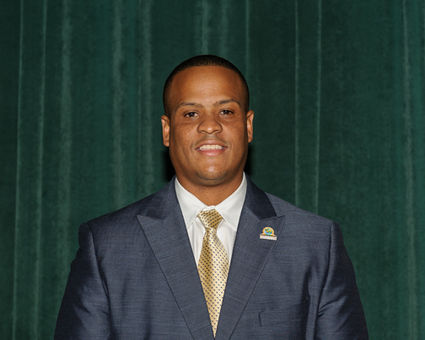 Little Cypress-Mauriceville schools had no contested board race and Orangefield ISD holds its elections in the fall.

West Orange, like Pinehurst, had no contested races, but West Orange did have a charter change election, with 107 of 1,978 registered voters taking part.