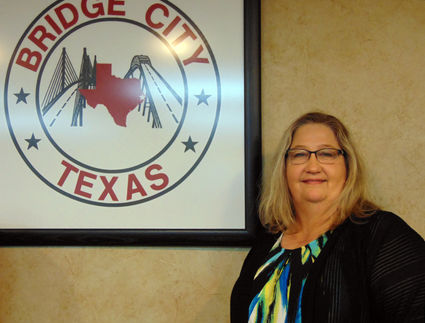 Sherry Tisdale, city secretary for the city of Bridge City, made known publicly her plans to retire in October. The city, however, has someone willing and able to step in after Tisdale is gone.

McDowell said she has 27 years of experience with the city and she's currently serving as director of personnel and purchasing.

"It is a higher position. It's exciting," she said.

Mayor David Rutledge said the interview committee met with McDowell and she is the candidate of choice for the position.

Sherry Tisdale has been city secretary since 2003.

Tisdale has a two-year degree from Lamar University in office administration. She started working for the city part-time in 1984. Prior to that she worked at Texaco Refinery in Port Arthur. In 1987, she started working more than 40 hours a week in utilities billing after the city took over the water district in 1986.

After she retires, Tisdale and her husband are in the middle of building a house. She also wants to be "Nanna" to her grandchildren and just do what she wants to do.

The Council also approved placing a proposal to adopt an ad valorem tax rate on Tuesday, September 18 for the 2018 tax year.

A tax rate of $0.54700 per $100 valuation has been proposed for adoption. This rate exceeds the lower of the effective or rollback tax rate, and state law requires that two public hearings be held by the governing body before adopting the proposed tax rate.

The Council proposes to use revenue attributable to the tax rate increase for the purpose of unfunded mandates from the state and federal government entities.

The effective tax rate is the total tax rate needed to raise the same amount of property tax revenue for the city from the same properties in both the 2017 tax year and the 2018 tax year. The rollback tax rate is the highest tax rate that Bridge City may adopt before voters are entitled to petition for an election to limit the rate that may be approved to the rollback rate.

Also approved were two public hearings for the proposed 2018-2019 budget and the proposed ad valorem tax rate for the 2018 tax year as follows:

City Manager Jerry Jones said a $500,000 grant from the Texas Water Development board for replacing 51 manhole covers affected by storm water can also be applied for fire hydrants.

The third and final water filter is on and is operational at Romero Well. The filtration is to prevent brown water from spouting up again.