Don Carona, general manager for the Orange County Drainage District, is overseeing crews cleaning and widening ditches while waiting for federal and state approvals needed for $100 million in long-term improvements.

Water is a deep problem in Orange County.

Specifically, drainage – or how to move rainfall downstream from Orange County to the Gulf Coast – has been the area’s biggest story for more than two years.

“I wish drainage was not a story. I wish it was over,” said Don Carona, general manager for the Orange County Drainage District.

“But until we get past some of these projects and the community sees that they don’t have to worry about their homes when we’re having these severe rain events, it’s going to remain a story.

“That’s where I want to get to, back to the point where it’s not a story.”

The Drainage District has put together notices of intent (NOIs) to apply for more than $100 million in state and federal grants for more than a dozen drainage projects, Carona said.

But while it awaits approval and funding of the projects by the necessary regulatory agencies (FEMA, U.S. Corps of Engineers, Texas Department of Emergency Management, Texas General Land Office and others), Carona’s 50 workers are keeping busy.

In the past few months, Drainage District employees have cleaned out and widened Bessie Heights ditch from its outfall above the Entergy power plant to the Twin Lakes addition not far from the Orangefield schools.

“For some time now, we have been focusing on the Bessie Heights outfall ditch, because it serves so many subdivisions,” Carona said.

“We’ve actually made some significant improvement on the south end of the channel, near the marsh,” Carona said.

Monday, workers were cleaning out and widening the Susan Circle ditch, from its outfall south of the Entergy plant to FM 1442.

Both east-west ditches were built to end in Bessie Heights Marsh but now dead-end well short of the marsh because of a marsh restoration project after Hurricane Ike that brought in more than 1.5 million cubic yards of silt.

Carona says the projects for which funding is being sought include a $15 million grant request to extend the Bessie Heights outfall through the marsh.

The Drainage District also is seeking permission and funds to widen the Colonial Estates outfall ditch and extend the Susan Circle and Suncrest outfall ditches to Colonial.

“We believe that will radically change and improve drainage,” Carona said. “But that might not be what the engineers and regulatory commissions recommend.

“So we’re going to be very flexible. We’ll do whatever is believed to be the least impactful on the marsh.”

A $500,000 grant for de-snagging Adams and Cow Bayous has been approved by the Natural Resources Conservation Service but not yet funded.

Carona said he expects to kick-start that project with a drone flyover study of the bayous at the end of the year.

Other NOIs being submitted include a $5 million grant for a stormwater detention pond on Terry Gulley, north of I-10 in east Vidor; grants for Bridgefield, Suncrest and Susan Circle outfalls in mid- and southwest Orange County; a grant to convert a no-longer-needed cooling pond at Entergy into the Tyler Estates Detention Pond; and for Ridgecrest and Cole Creek Detention Ponds, in north Orange.

Carona doesn’t expect to have all of his requests granted. And with an annual budget of $6 million, the Drainage District will need some help with the 25 percent local match for these grants.

“We have to take these in order of priority and as funding allows.”

He doesn’t expect the money to flow fast. Carona noted that the City of Orange is just now letting contracts to concrete part of Cooper’s Gulley in east Orange, a project that has been seeking governmental approval since 2012. 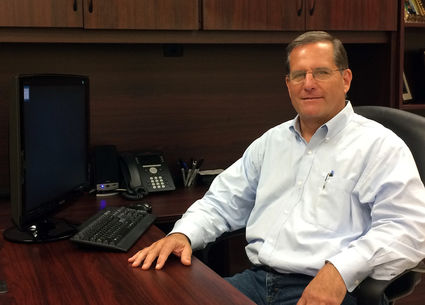 The Drainage District has partnered with Orange on two NOIs for HUD block grants, one to expand a Sabine River Authority ditch at MLK and the other is to expand the Chasse Ridge ditch.

Carona said the Texas Parks and Wildlife Department has granted it access to work on the ditches in the Bessie Heights Marsh.

“We will be doing everything we can to seek and obtain the cooperation of the various entities so that it will lessen the cost to everyone,” Carona said.

“I really believe that cost could go way down if we get some help from a regulatory standpoint.”