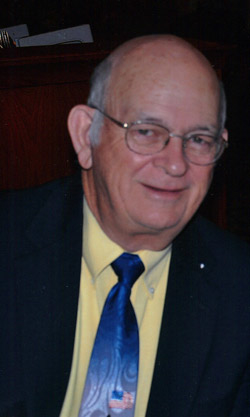 A plan to merge the volunteer fire departments of Pinehurst and West Orange is on hold after West Orange firemen strongly objected.

What they had at Tuesday night’s West Orange council meeting was a failure to communicate.

West Orange Fire Chief Terry Veitch was more than a touch upset that he got little notice of the move that would have put Pinehurst Fire Chief Shon Branham over not only Pinehurst’s 17 volunteers but Veitch and his 14 firefighters.

“I’m trying to figure out what this discussion is about,” Veitch said of an agenda item to consider an interlocal agreement between the two cities “regarding Fire-related Services.”

“I feel like we’re getting stabbed in the back,” Veitch said. “Apparently this has been discussed for about three months and I found out about it three hours ago.”

Ultimately, the council voted 5-1, with alderman Mike Shugart dissenting, to adopt the interlocal agreement that wouldn’t vary much from the mutual aid agreements all first responders have with their neighboring departments to provide manpower and equipment when needed.

“I was hoping that our departments could go together and be one department and be under the direction of Shon,” West Orange mayor Roy McDonald said.

“If we agree to share manpower and equipment, in the future possibly we can get together as departments and talk about what we can do to enhance our ability to handle calls.”

The West Orange firemen, nearly all of whom were present at the meeting, agreed to work with council.

The main reason McDonald said he was in favor of the merger was to get help with medical calls from Pinehurst, a need since West Orange firemen aren’t authorized by council to do medical calls.

“My concern is when 9-1-1 is called, someone’s going,” West Orange city manager Mike Stelly said. “We’ve had occasions where no one’s gone on 9-1-1 calls.”

Veitch said he and several of his firefighters were certified for medical calls but didn’t think council would let them because of long-stated liability concerns.

“They’ve never brought their certificates to council,” McDonald said, highlighting the lack of communication between city officials and the fire department.

City council woman Shirley Bonnin said she had received a number of complaints about manpower.

“The problem I’ve heard is that very few of you show up at fires,” she said. “I’ve heard that complaint for the last five years.”

“I understand manpower is an issue, but the job is voluntary,” Veitch said. “We try hard to recruit.”

West Orange councilors agreed to enter into an interlocal agreement with Orange County on a single vendor for disaster recovery and debris monitoring services.

Orange will be getting a Chick Fil-A restaurant if all goes well, the city’s economic development director said Tuesday.

It came after Orange City Council approved an EDC incentive of $350,000 for infrastructure improvements on a large lot on 16th St., near I-10 and across from Modica Brothers.

The project by Jeff Mallett Commercial Development is projected to house four tenants. Besides Chick Fil-A, another of the tenants is expected to be another well-known food and beverage operation, Jay Trahan said.

“This is potentially a game-changer for us,” he said of plans for the interstate frontage property. “With the bookend of Eagle Point on the west side, now we can start working from Simmons Drive all the way through Highway 62 and this on the east.”

Orange city council approved the first reading of an ordinance that would allow ice cream trucks in the city, provided they get all the necessary permits and operators pass annual background checks.

They agreed to hire Strategic Government Resources to do a full-service search for a new city manager, one that could last three to six months.

Also, council signed on to an agreement with Orange County for joint procurement of goods and service in case of a disaster.

The Jasper firm of Waxman and Associates has been hired by the City of Pinehurst to help it administer $7 million in Hurricane Harvey Disaster Recovery grants.

A second firm, Schaumberg and Polk Engineering, was hired to plan the infrastructure improvements.

Also at its Tuesday night meeting, council voted to adopt the Orange County Tax Abatement Policy and to enter into a lease-purchase agreement for a Case backhoe.

Council also agreed to a memo of understanding with West Orange-Cove school district to handle calls when the ISD police officers are unavailable.