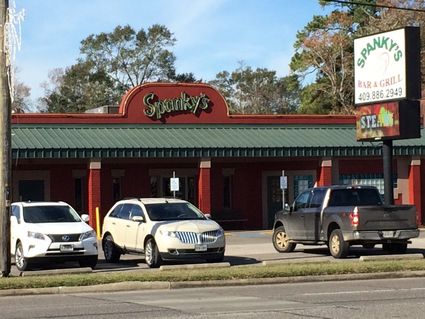 But Christmas came early Tuesday: Orangeites can once again scream for ice cream in their front yards.

Orange Mayor Larry Spears, Jr., oversaw the new city ordinance that will once again allow ice cream trucks to roll down city streets -- once the weather warms up.

“It’s a small achievement but it’s something that’s positive and uplifting for our kids to enjoy,” Spears said.

Council unanimously approved ordinances “to allow the sale of ice cream, snow cones or similar items from a vehicle or mobile cart” and to set out new rules to regulate vendors.

Spears said he first became interested in the idea earlier this year, about the time he transitioned from city councilman to mayor.

He was attending a youth sports tournament in Houston and saw how his daughter and her friends enjoyed an ice cream truck. He returned to look into why those trucks weren’t regulars in Orange.

He discovered city ordinances did not allow them.

“It’s kind of a crazy story, how it all got started,” the mayor said. “But to see it finally happen and to get everything approved is great.”

In its final meeting of the year, council set much of its spring and summer entertainment plans.

It set April 6 as the date for Art in the Park at Stark Park; agreed to let the Convention and Visitors Bureau spend $18,00 on April 27-28 Jet Ski Racing Event; to

spend $15,000 with the Deep South Racing Association on May 18-19 boat races; and spend $20,000 for the city’s July Fourth Celebration at Riverfront Pavilion.

Council approved the final reading of a resolution to award Spanky’s Bar-B-Que a $50,000 Infrastructure Grant intended to move some utilities to allow the restaurant to expand its parking lot and add jobs.

It purchased $94,000 of playground equipment and a water fountain for Navy Park, using block grant funds that can only be used in lower-income neighborhoods.

The city hired Strategic Government Resources (SGR), an executive recruitment firm, to conduct a search for a new city manager and it agreed to approving the Orange County Uniform Tax Abatement Policy.