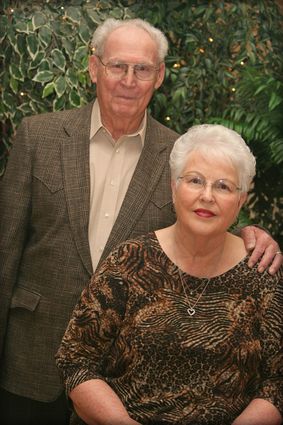 Barbara married Clarence Droddy, the love of her life, in 1956 and shared over 62 blissful years of marriage together with their three children, Cheryl, John, and Rob.

Barbara was a longtime resident of Orange, Texas before moving to Washington State for 8 years and then to Simpsonville, South Carolina for the past 4 years of her life, where she was a member of Temple Baptist Church.

Barbara, or “Mama B,” as she loved to be called by her grandchildren, loved traveling, camping, working outside, watching professional bull riding, and most of all spending time with her family.

She was known for her quick wit, infectious smile as well as her kind and compassionate spirit.

Barbara was a daughter, wife, mother, grandmother, sister, aunt, and friend that was, and will be forever loved, cherished, and missed by all who knew her.

She was a wonderful and hard-working woman whose trust was in Jesus Christ.

Barbara is preceded in death by her parents, John and Bertha Strahan and brother, Robert Strahan.