“This is great for Orange,” West Orange-Stark football coach Cornel Thompson said as he left Monday night’s school board meeting.

“It’ll bring people to live in Orange, people to attend school in our district.”

Ditto for Bridge City. If. Big if.

Thompson was talking about the announcement at the board meeting that Orange County is a finalist for a Chevron Phillips Chemical ethylene plant that would invest $5 billion to $6 billion into the local economy.

In a best-case scenario, construction could begin by 2020 and commercial operations commence by 2024.

That two-unit plant would be located half in the West Orange-Cove school district and half in the Bridge City school district. For a reference, the expansion Chevron Phillips just completed at its Cypress Bayou plant, next to I-10 near Baytown, was a $6 billion project.

A consultant hired Monday by the WOC district said Chevron Phillips Chemical will be repeating Monday’s presentation to the Bridge City school board at its regular meeting next week.

But working out Value of Limitation Agreements with the school districts, as agreed to Monday by WOC, is only one of many things that have to happen before the company’s investment in Orange County becomes a done deal.

“At this point in time, Orange, Texas is a finalist undergoing due diligence for a new petrochemical investment if we make a final investment decision to proceed,” read an official statement by the company e-mailed Tuesday morning by Vicki Derese, community relations representative.

“However, the location is only one of the alternatives we are considering along the U.S. Gulf Coast. It would simply be premature to say that Orange is definitely where we would put a new petrochemical facility if we decide to build one.”

Orange's Chevron Phillips Chemical plant, opened in 1955, converts ethylene into high density polyethylene, a resin which is converted into plastic pipe and other plastics.

“Chevron Phillips has been a part of the community for six decades and if this proposal goes through, we hope to be here through another decade.”

“They have other sites to consider,” she said. “We’re cautiously optimistic.

“We’ve been working on this deal for quite a long time. Even if the steps go perfectly, there’s still investment decisions that have to be made.

“We have to stay optimistic, keep doing what we have to do to ensure we have a chance.”

Chaney said the company is exploring sites “from Matagorda County to Lake Charles.”

Chevron Phillips Chemical Company is the sum of a 2000 merger between Chevron Corporation and Phillips Petroleum. It is headquartered in The Woodlands and operates 33 manufacturing and research centers, which employ 5,000 people worldwide.

Chevron’s Orange plant has been in operation on FM 1006, Chemical Row, since 1955. It employs 150 people and converts ethylene into high density polyethylene, a resin which is converted into plastic pipe, plastic bags, milk jugs, food and beverage containers, pails and drums.

The proposed plant would break hydrocarbons into ethylene.

It would be on a 1,700-acre site between Texas 87 and FM 1006, near the current plant and, according to forms submitted to WOC, will include a “world-scale ethylene cracker, at least one ethylene derivative unit, related administrative buildings, utility, infrastructure and a rail storage yard.”

Moore called it a $5 billion project, then later said it could turn out to represent as much as a $5.8 billion investment.

WOC board members were unanimous in accepting the company’s Appraised Value Limitation application.

If approved by the Texas Comptroller in a lengthy oversight process, and the school board then votes again to go forward – and if the company picks Orange for its new plant, Chevron Phillips will pay WOC full value taxes until the plant begins operations. 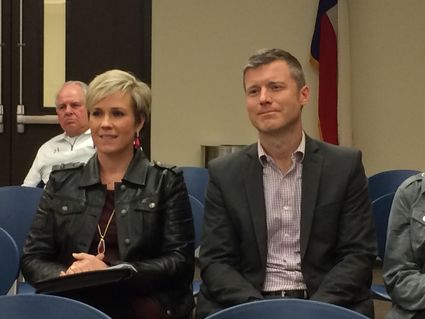 The construction phase would employ 3,500 workers. Numbers were not available concerning the permanent jobs to be added.