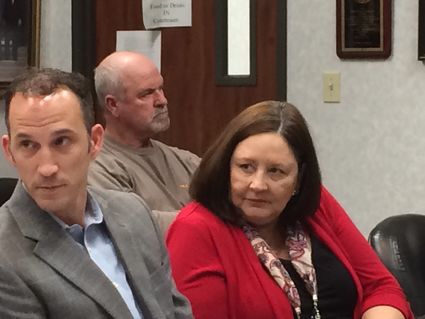 Freedom may not be free but doing everything needed to collect federal grants and reimbursements is definitely pricey.

Orange County commissioners voted unanimously Tuesday to approve a $1.7 allotment to keep the services of consultants Wendorf, Beward and Partners, who are managing the county’s search-and-apply mission for federal and other disaster recovery grants.

It is the fourth $1 million-plus check the county has OK’d for the company.

No one had ready access during court to exactly how much the county has agreed to pay overall but Nancy Beward said “Task Order No. 4” for $1.7 million “was very similar to past ones,” and said she believed the previous two were for $1.8 million and $1.3 million.

It was pointed out that Wendorf Beward takes its funds after reimbursement has come through.

So far, Orange County has banked two FEMA checks totaling $11.4 million, plus $500,000 from HUD passed on by the GLO, Texas’ General Land Office.

Beward said to the commissioners, “You’re doing very well. In comparison to others, Orange County probably has more in the pipeline than anybody.”

Commissioner John Gothia praised the work done by the consultants so far.

“Their job is to be a pit bull for the county, going after the FEMA and HUD money we need,” Gothia said. “There are a lot of people vying for those funds and Nancy hollers the loudest.”

“We need to have someone sift through the rules,” Trahan said.

“Especially since their rules seem to be a moving target,” County Judge Dean Crooks said.

Beward talked like she might welcome a break in her job for the county, now more than a year old.

“We’re working ourselves out of a job as fast as we can,” she said.

John Catalanotta of Trigon Associates, a subcontractor for Wendorf Beward, submitted a report on possible FEMA reimbursements available for damage at Claiborne West Park and commissioners approved it.

“If you agree with our report, we can turn it over to FEMA and start the give and take negotiations,” he said.

It was Catalanotta who first noticed the structural weakness that caused the county to shut down three pavilions at the park.

Besides seeking funds to rebuild the pavilions, Catalanotta said there were two bridges and two walking bridges that needed to be replaced. He advocated elevating the park’s large Halliburton Pavilion to avoid future flooding.

No action was taken on revising Policy 370 retirement benefits because of the absence of Human Resources director Lori Ardoin.

The move was just to be sure and spell out the details in this summer’s elimination of a sliding scale voted in by the last group of commissioners.

Precinct 2 Commissioner Theresa Beauchamp announced she wanted to rebuild her office near Mauriceville, right where her predecessor, Barry Burton, operated before Harvey destroyed it.