Rough start to a life taken too soon

Nathaniel Anderson, 22, of Orange spent his all too short life leaving an imprint on the hearts of everyone in his life. Nathaniel was nine days old when he came into the lives of Mike and Dianne Anderson. Initially, it was only supposed to be temporary. Nathaniel was removed by authorities from a dangerous home for an emergency placement. His former family of five children went to live with various family members or in a foster home.

The Andersons not only opened their home, but their hearts and bonded quickly with the infant.

At first they tried to gain full custody, but decided adoption was a better option. His last name was changed to Anderson and they worked to build a better life for the boy who had changed their lives.

Nathaniel joined a family of four sisters. They adored their baby brother and put him on a "pedestal."

Time went on as the baby grew into a boy. Nathaniel liked to go fishing with his dad as much as possible like most young boys. But, his father was a truck driver and spent many hours over the road. As a result, Nathaniel formed a strong bond with his mother.

Nathaniel had an amazing and unique sense of humor and could coax a laugh from anyone in his moments of silliness. He loved to cook and experiment with foods. He loved to make various ethnic foods too. But some concoctions were too overboard for some, according to Dianne.

Nathaniel also loved animals. Especially, his beloved dog, a rat terrier named Allie. The small dog still walks around the family home searching for Nathaniel since he is gone.

Nathaniel was a 2013 West Orange-Stark graduate. Once he graduated he looked to strike out on his own with hopes and dreams. His adventures took him on a trip with a friend to Florida. He wanted to meet his biological father. It didn't work out as planned and they returned to Texas. He still wanted to explore the world before him which took him to Austin. The pair did the "vagabond" life by hitchhiking and working to earn money along the way. Eventually, after about a year, he made his way back home.

Nathaniel worked at the local Wal-Mart as a "buggy boy." According to Dianne, it was not uncommon for Nathaniel to wear a suit to work. He had always liked to dress up in suits, she said. In his path, he left co-workers who loved him too.

"He really had a good heart," Dianne said.

Nearly blind, Nathaniel wore thick eyeglasses and rode a bicycle all around town. But, distance was not an issue for the determined young man.

Nathaniel had plans for his future. He aspired to be a real estate mogul. At 19 years old the day came for him to move out on his own and he worked to purchase his first home. He had plans to make repairs to the mobile home and to "flip it" before moving on the next purchase.

Nathaniel also liked working with computers and had a knack for them, but when he attended Lamar State College-Orange, he chose to study psychology. His parents believe his passion for the "under dog" may have lead to his choice.

"He was always looking to help somebody,"Mike Anderson said.

Nathaniel was busy with work and school, but when the Andersons didn't see or hear from him for an extended period of time, they knew something was wrong.

"I may not have heard from him once every few months, but he called his mom frequently," Mike Anderson said.

Holidays came and went without a word from Nathaniel. In June 2017, the Andersons filed a missing persons report.

Then one day, the world as they once knew it came crashing to a halt with a knock at the door. On the other side was Pinehurst Police Chief Fred Hanauer and Orange County Sheriff's Office Detectives.

"When I saw them I knew it wasn't going to be good news," Mike Anderson said. "They told us they had found his remains."

According to reports, after "exhaustive" efforts, detectives obtained information as to Anderson’s possible whereabouts while questioning “persons of interest” in the case. The trail ultimately led them to a wooded area behind a shopping center north of the 2600 block of MacArthur Drive in Pinehurst in Oct. 2017. They found Nathaniel's skeletal remains in a shallow grave. They worked for two days to carefully remove the remains and any evidence with the help of a forensic anthropologist.

Though officers suspected it was Anderson based on their evidence and information, tests were conducted to positively identify him. Finally, it was confirmed, the remains were definitely Nathaniel.

According to OSCO Capt. Cliff Hargrave, the case is still under investigation. 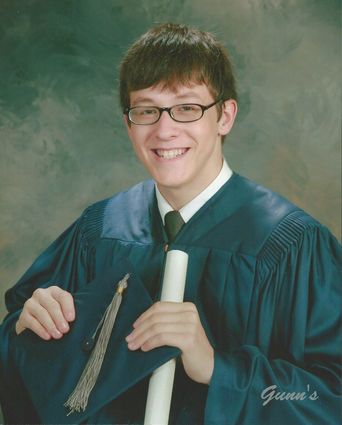 After waiting for more than a year for the return of Nathaniel’s remains, his parents are planning a service with Claybar Funeral Home. However, there are still legalities to tend to before their son is officially returned to the Andersons for burial. They are hopeful it will be soon.

"Life has been... just sad,"Dianne said.

The Andersons are hopeful there will be a formal arrest made and the case will soon go to trial.

"We are ready for this all to be over," Mike Anderson said.